In the different previews of “Eternals” it has been seen that these powerful characters have been in charge of protecting humanity from beasts that live in the depths of the Earth: the “Deviants”. Since this revelation, many fans have wondered where they have been hiding and why they have taken so long to return.

On the other hand, the questions also point to why the Eternals did not help the Avengers to defeat Thanos. Actually, these characters are much stronger than the mad titan as they can manipulate reality with cosmic energy.

On November 5, more will be learned about the backgrounds of these powerful superheroes. Until then, Marvel Studios shares some previews to get to know the villains.

Through the producer’s YouTube channel, he shared a video where we see the nature of the Deviants and their relationship with the Eternals. “They are an ancient race of hunter monsters that cleaned the planets of intelligent life,” reads the description of the characters.

“The Eternals, who worked for the Celestials, the architects of all life in the universe, followed the Deviants to Earth. At one point, they fulfilled their mission to eliminate the Deviant threat, but centuries later they have reappeared alongside their leader Kro. “ 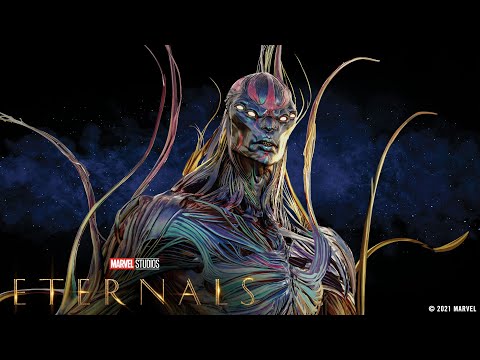