Marvel: Hawkeye made all these revelations about the MCU in the trailer – MRT 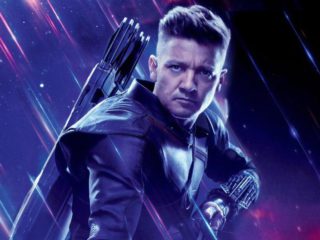 The trailer for Hawkeye, the next Marvel Studios series for the Disney Plus platform, has very interesting revelations about the life of Clint Barton after the events of Avengers: Endgame. You just have to pay attention to the details to understand how things have developed for this character who always thinks of his family before taking action.

The Hawkeye trailer opens with Clint enjoying dinner in New York with his three children, Nathaniel, Lila, and Cooper. Lila mentions how this is their first Christmas together “in years”, which is obviously true, since the entire Barton family (without Hawkeye himself) disappeared because of Thanos’ Blip.

The Hawkeye series follows the same vein as other MCU productions by showing that citizens continue to miss Captain America. “Rogers: The Musical” appears in the trailer and the play is described as a “timeless story for a timeless hero” and “a super powerful sensation.” One fun detail is that Clint takes his kids to see the musical, because even the boys’ favorite Avenger isn’t their dad, Hawkeye. 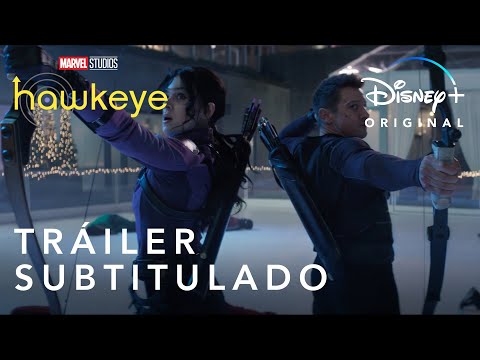 The world has not deduced that Ronin and Hawkeye are the same person. Even the media celebrate the actions of the masked vigilante.

Deafness has been a part of the Hawkeye character intermittently in Marvel comics, first in the 1980s and then in the 2010s, but this trait has not made its way to the MCU. The series only took this detail into account with the addition of the new headphones.

When only Clint and his sons appear at the beginning of the Hawkeye trailer, some fans may have been concerned about the status of Clint Barton’s marriage. Where is Laura Barton? Coming back to life after 5 years and finding out that her husband became a bitter vigilante would put a strain on any relationship.

Who hired the thugs?

Hawkeye fights a mob, but it’s unclear who the boss is. Many anticipate Kingpin making his MCU debut, but Tony Dalton is playing Swordsman, whose history in the comics is checkered at best. Most likely it is Ivan Banionis. In Matt Fraction’s comic Hawkeye (2012), Banionis led the Tracksuit Draculas gang.

Actress Vera Farmiga plays Eleanor Bishop, Kate’s mother. She’s a wealthy socialite in the Marvel comics, and the brief glimpse of Farmiga sipping wine at Hawkeye suggests the same will happen in the series.

The detail of the dog

In the comics, Clint adopts Lucky the Pizza Dog from Ivan Banionis, and takes the dog for treatment after an eye injury. Hawkeye seems to be adapting that very story, as Lucky clearly only has one eye on this shot.