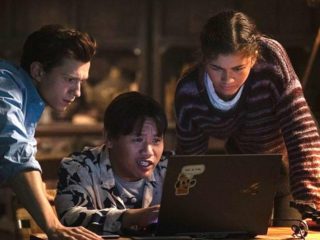 During February 23, Tom Holland, Zendaya and Jacob Batalon shared several fake Spider-Man 3 titles. It was a campaign of intrigue by Marvel and Sony to focus the interest of the next film of the arachnid hero.

But it is time to reveal the real name of Spider-Man 3. Tom Holland has finally shared the first teaser of the film where the actors wonder why the production team have given them so many false names.

Zendaya and Batalon explain that the reason behind the secrecy is that Holland has leaked too many spoilers. At the end of the video the official title of the tape is shown.

At the end of the video, the camera zooms in on a white board that reads ‘Spider-Man: No Way Home’. Around, there are several titles or discarded options such as ‘Welcome Home’, ‘Home-run’, ‘Close to Home’, etc.

Of course, what is most striking is that the film has already advanced the month of release. Currently, filming on the film continues but it has been promised that it will hit theaters around Christmas time 2021.

“The film is incredibly ambitious and I am delighted to say that we are succeeding. It’s going really well. We saw a fight scene that we had filmed a few weeks ago, and I’ve never seen a fight scene like this in the MCU. I’m very excited for the public to see it, “said Holland a weeks ago in an interview with Yahoo.

Unfortunately, the same actor ruled out that actors Andrew Garfield and Tobey Maguire are part of Spider-Man 3.