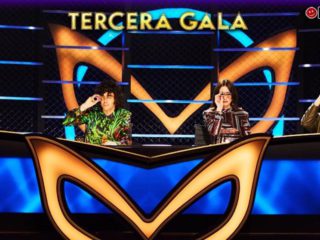 After unmasking La Toya Jackson and Isabel Preysler, this Wednesday ‘Mask Singer’ returns to Antena 3 with a new installment. This time, viewers will meet the third group of masks, who will duel and one of them will be unmasked at the end of the night.

In this new installment, the five masks that will be on stage will be: Little Monster, Dog, Butterfly, Banana and Flamenco; as well as their first clues will be given. The level is very high, so much so that anything could happen at this gala.

‘Mask Singer’ viewers have high expectations. As they warned before the broadcast of the first program, in this edition of ‘Mask Singer’ there are many surprises and more international contestants, therefore theories about which characters are behind the masks have already begun to emerge.

As in every installment of ‘Mask Singer’, the masks will be presented first and a video with clues will be broadcast. Afterwards, they will delight the researchers (Javier Calvo, José Mota, Javier Ambrossi and Paz Vega), with their performances. And at the end of the night one of them will be unmasked.

This time, first three skins will compete with each other and then the remaining pair. And once everyone has performed, set audiences and investigators will vote on devices for their preferred performance.

In this way, the two least voted will star in a duel, after which it will be decided who of the two is still in the contest, and on the contrary, who is the one who must remove the mask.

😱 We are still in shock!

🎭 Which big star will be the next to be unmasked?