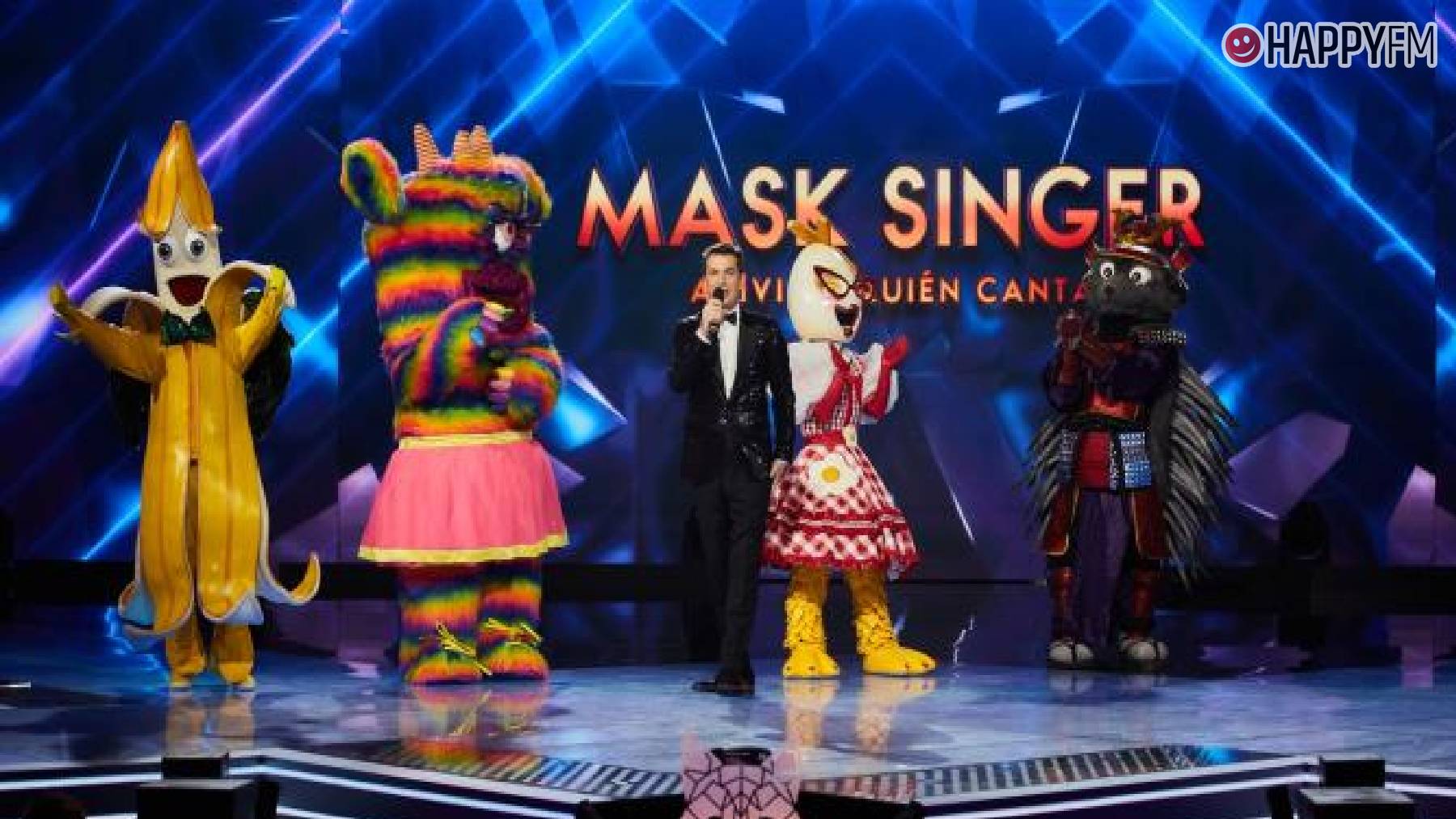 ‘Mask Singer’: Discover the four masks that will face each other in the final

The funniest program on television comes to an end tonight at 10:50 p.m. on Antena 3. ‘Mask Singer’ faces the final stretch and will bring to light today the last four masks to be revealed, among which will be the winner of this second season of the contest. It will undoubtedly be a night of surprises, like all the galas in which we have been left with our mouths open after meeting each of the celebrities.

After overcoming the previous phases, now Monstruita, Hedgehog, Egg and Banana are chosen as finalists and one of them will take first place. In addition to this, one of the surprises will also be knowing the identity of the digital mask that is sponsored by Aliexpress. Dama Centella will also uncover her face and take the stage for the first time after having been behind the screen for so many weeks.

Dama Centella is enjoying all the Mask Singer products that you can buy from the app @AliExpressES! ✨
Have you downloaded it yet? You can also win prizes! 🤩 #MaskSinger https://t.co/QFxCZlurXB pic.twitter.com/dNCq7d8dlP

This edition has caused a lot of fury since we have been able to see behind some masks authentic international stars. The most voted by the public has been Menina in which we meet La Toya Jackson, quite a surprise. But the surprises continued when we discovered Isabel Preysler behind Kitten’s mask.

🥚 Egg, 👁 Little Monster, 🍌 Banana and 🦔 Hedgehog are unmasked. In addition, we received a visit from ✨ Dama Centella … and we know her identity! 😲 Who will get the golden mask?

In the following galas we could see how Paloma San Basilio came out of the mask under Ángel, Josep Pedrerol after Rana or the well-known member of the Spice Girls, Mel B. Without a doubt it has been a unique and brilliant edition and this will be the long-awaited final.

One of the main differences between this edition and the previous one is that they have increased the number of skins This has led to the formation of three groups that duel each other at the beginning of the contest. In addition, they have also had many guests as researchers who contributed new ideas.

Play with the masks of #MaskSinger!

Ten interactive games to test yourself with
https://t.co/lofBKF34n1