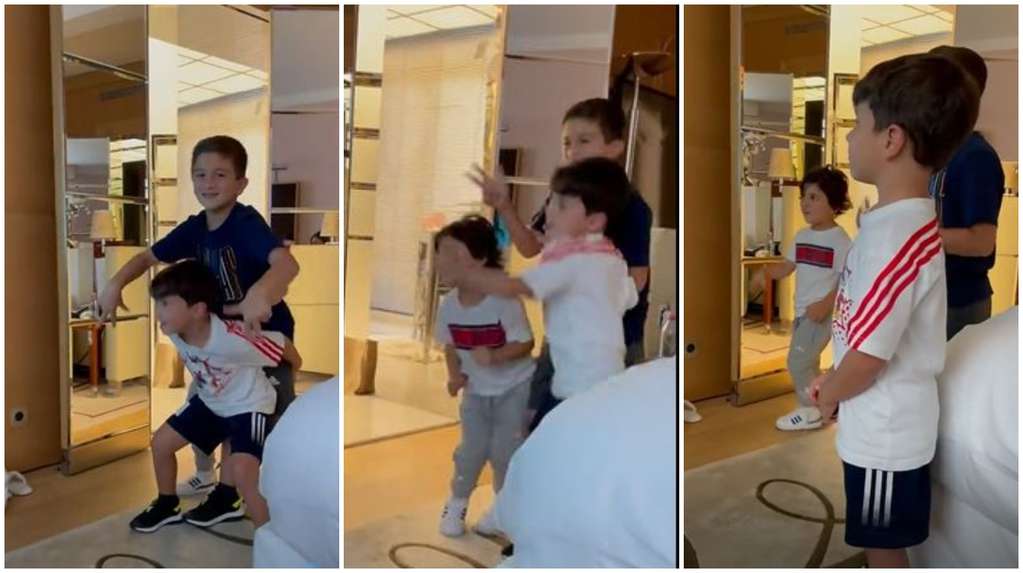 As happened at some time with Diego Armando Maradona, Lionel Messi does not stop receiving tributes from artists in gratitude for everything he generates every time he enters the field. On this occasion, the one who paid tribute to him was the Argentine music producer and DJ Gonzalo Julián Conde, artistically known as Bizarrap.

The 23-year-old posted his Music Session # 44 alongside MHD, French rapper forerunner of afrotrap and recognized by “Afro Trap Part. 3 ″, the anthem he sang to the Champions League in November 2015 and became an emblem among European football fans.

The first reaction of the captain of the Argentine National Team was to comment on Bizarrap’s Instagram. There, he simply put applause emojis and wrote “in the capital”, referring to a fragment of the topic. Then he shared some stories in which his children can be seen dancing. Mateo, the one in the middle, even took the opportunity to do pogo.

In addition to having the participation of the maximum references of the urban genre, these sessions accumulate millions of reproductions and challenges from TikTok. For instance, la Bizarrap Music Session #41 with Nicki Nicole accumulates 155 million views on YouTube.

MHD, the French rapper who accompanies Bizarrap in his new session

Mohamen Sylla, such is his real name, he is French and made his first musical weapons in 2015. At 27, he has roots in Senegal and Guinea. Therefore, it is considered one of the main drivers of the afro trap, a genre that was born in the 90s in the United States and that proposes a fusion between rap and African rhythms.

The musician grew up in the 19th arrondissement of Paris, he was a pizza delivery man and was part of a rap group called 19 Réseaux (19 Redes). With his first four Afro Trap sessions uploaded to Youtube sparked praise from PSG players, Drake and also Madonna. its “Afro Trap Part 3” became the anthem of the Champions League and it definitely shot him to fame. On Spotify, some of its singles exceed 50 million reproductions and it has almost three million monthly listeners.