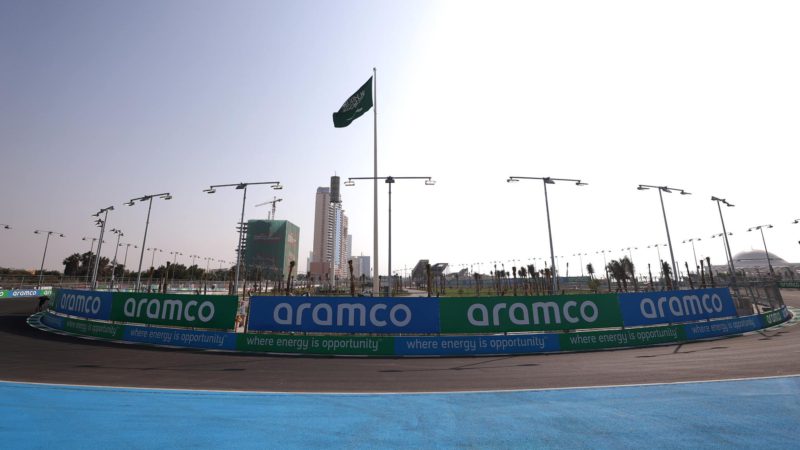 To the World Cup Formula 1 The most exciting of recent years, it only has two chapters left, and the penultimate one has the ingredients to generate a cocktail highly charged with uncertainty. The first edition of the G1st Prize from Saudi Arabia will be held on the fastest street circuit in the world in the city of Jeddah. On the banks of Red Sea and running at night, average speeds of over 250 kilometers per hour are expected on a track completely unknown to all drivers. It does not go any further.

The second of three races in middle East that put the final touch on the world -the last one will be held on December 12 in Abu Dhabi- has been accompanied by controversy since it was officially announced a year ago. Human rights associations such as International Amnesty they were quick to denounce that the race in Jeddah represents an international face wash for the autocratic Saudi government.

More recently, another recurring controversy has arisen every time a major sporting event is held in Saudi Arabia: the mandatory dress code, especially strict with women, who were prevented from wearing dresses or skirts above the knee. Following an initial warning message in this regard, the Government of Saudi Arabia he later rectified and asked all F1 visitors to “respect Saudi Arabia’s cultural sensibilities when in public”, but without explicit reference to attire.

Preparations for the race have also raised fears in Liberty Media, since just a month ago images of the circuit were published with a lot of work still to be done and no installation completed. After a race against the clock and without rest, it seems that Jeddah it will be ready to host the most important motorsport competition in the world.

Mercedes warms up the atmosphere

On a purely sporting level, head-to-head between Max Verstappen and Lewis Hamilton is at its peak. The Dutchman has the upper hand with an eight-point lead in the overall standings. If he finishes first or second, ‘Mad Max’ even has mathematical options of conquering his first world title, although for that he would need a bad result of Mercedes, where Toto Wolff has put pressure on the role of favorites.

“Our car is giving a good performance recently and is probably in its best moment of the season,” warns the head of the German team. Its counterpart in Red Bull, Christian Horner, He already said in the last race that he does not intend to “kiss the ass” to Wolff and warns that the race in Saudi Arabia It can be “crazy” because of the characteristics of the circuit.

Take a rapid lap of the new Jeddah Corniche Circuit 🚀

According to own calculations Formula 1, officially known as Jeddah Corniche Circuit will be the second fastest of the entire championship only behind Monza, the so-called ‘Temple of speed’. The lap will be completed at an exact average speed of 252 kilometers per hour, with top speed peaks close to 310 km / h and three different DRS zones. In addition, it has a total of 27 curves, more than any other on the calendar, and with hardly the possibility of escapes, only walls where more than one can see their possibilities truncated.