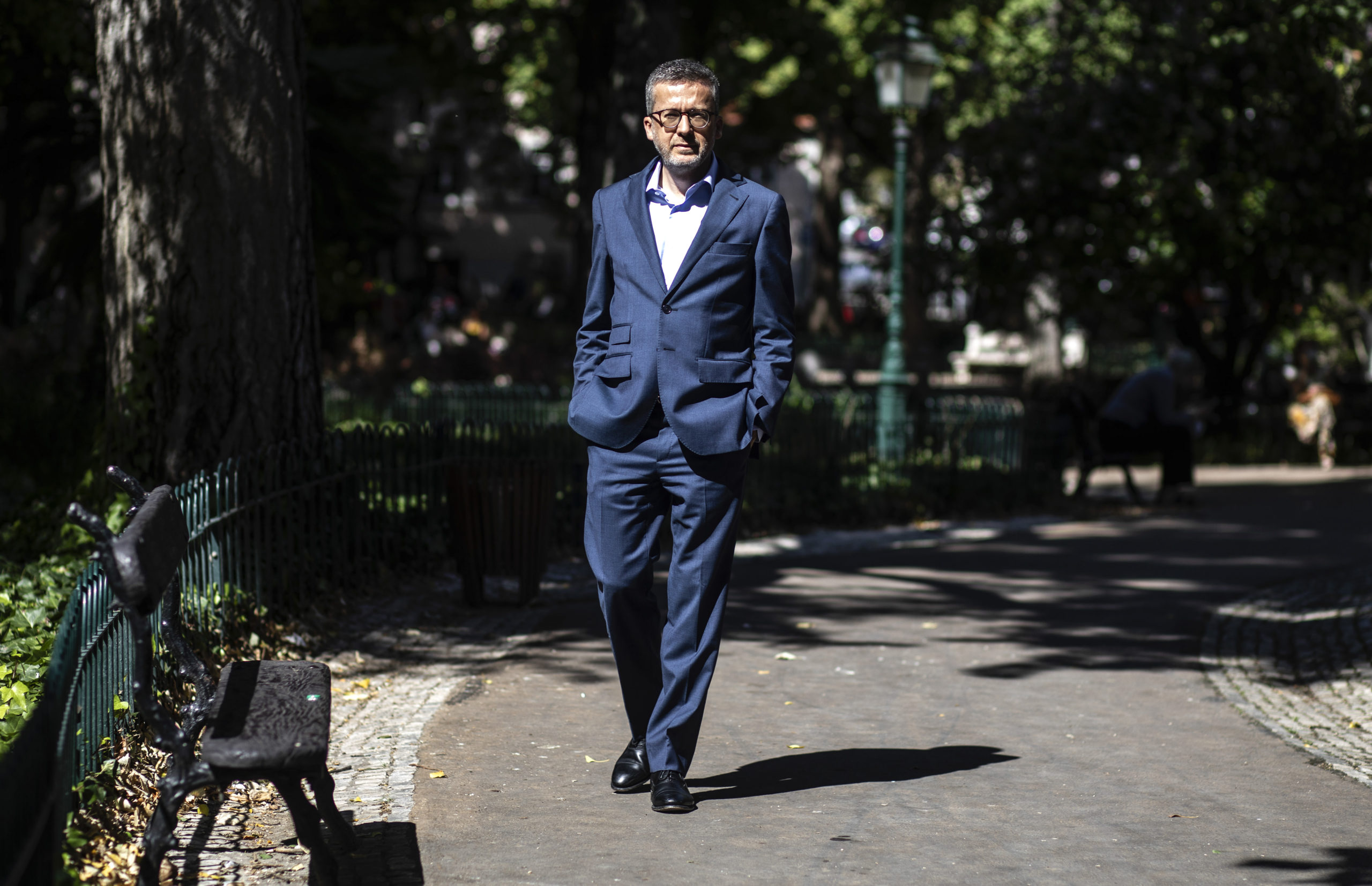 Carlos Moedas was the only one who believed – and sometimes doubted – in Carlos Moedas. The next mayor of Lisbon was the surprise of the Portuguese municipal elections, held a week ago, by conquering a city that had been in the hands of the Socialists for 14 years and finally giving joy to the battered Social Democratic Party (PSD, center-right) . At the head of Novos Tempos, a coalition of five formations and surrounded by independents who had never participated in politics, Moedas (Beja, 51 years old) won against all of them. Not a single poll gave him the slightest chance of victory during the campaign. Not a single television station attended his last rally. “They judged that I was not worth it, I think they have underestimated me. I believe that people want different people in politics and I am in that change, I am not thinking of giving a low blow to the adversary but in ideas and content. Commentators and polls still value politicians for their old record of doing politics, ”explains Moedas during an interview with MRT at Jardim das Amoreiras, four days after the election night, when he had to improvise a speech to celebrate his triumph.

What happened with Moedas is the kind of surprises that populist characters have in store in recent years that he hates. “I think it is the first time that it has happened with a moderate candidate. My first condition was not to make alliances with populists because I don’t like them and I think that populism is killing democracy. The extremes do not interest me, whether they are to the left or to the right ”, he says.

The next Lisbon Municipal Chamber will continue without representatives of Chega, the far-right party, and will be dominated by left-wing formations. Socialists, communists and Bloco de Esquerdas add 10 councilors compared to 7 in Novos Tempos. Unlike what can happen in general elections in Portugal, in municipal elections the law requires the most voted candidate to be appointed mayor. Moedas’s list got 2,294 more votes than that of Fernando Medina, socialist mayor since 2015, when he replaced the current prime minister, António Costa. Having to rule in the minority does not seem to scare him. “I have already spoken with everyone on the phone, the signals I receive from the opposition is that we are here to do what is best for the city and many of my measures are not ideological and may have support,” he says before recalling his negotiating spirit in Brussels. “I managed the Science program with the support of the left, I have the ability to build bridges in a way that has always worked well for me.”

Carlos Moedas was the Commissioner for Research, Science and Innovation between 2014 and 2019, during the presidency of Jean-Claude Juncker at the European Commission. One of her advisers at the time was the Italian economist Mariana Mazzucato, founder of the Institute for Innovation and Public Purpose at University College London, with whom she devised the creation of missions (specific goals such as eliminating plastics from the oceans) to promote innovation in Europe. Brussels ended up rounding out a character prone to negotiation and helped soften the negative image that it dragged on for having coordinated, during the government of the conservative Pedro Passos Coelho, the application of the troika measures that caused so much rejection in Portugal.

When the Great Recession crumbled the European economies, Moedas was tied to the private sector. He had worked at Goldman Sachs in London and in real estate finance in Portugal. He had an MBA from Harvard University and a training as an economist and civil engineer. Passos Coelho asked him in 2011 to create a team that would act as a bridge between the Government and the ‘troika’. A well-poisoned gift. On some occasion he was insulted in the street when he was walking with his son – he has been married since 2000 to the French teacher of Sephardic origin, Céline Abecassis, and they have three children – and that has decided him to keep the family away from the political focus in the recent campaign. “He fought to lower the demands of the troika, but people couldn’t know that ”, recalls a source who accompanied him at that time.

“It is a bit unfair to look back and say that another government would have done it differently because it would have done the same, there was no alternative, we had no money to pay officials or teachers. We knew we would be unpopular, but there was no choice, we entered the troika program and left and that gave us the opportunity to grow, which was what happened when another government arrived, ”Carlos Moedas now reflects.

The economist and columnist of the Portuguese newspaper Public, Maria João Marques, suspects that this stage could be used against him by his critics, but she sees him away from the hawks of the PSD: “His messages do not have much to do with those of Passos Coelho. Moedas proposes a series of social policies and measures in culture, which differentiate it from the more economistic and neoliberal sector of the PSD ”. These proposals include free transportation for those under 23 and over 65 and the construction of cultural spaces in all districts. More in line with the orthodoxy of the PSD are other proposals such as lower taxes. Nor is it going to prohibit the conversion of houses into tourist flats throughout the city, as Medina intended, because he believes that it has ceased to be a problem after the reduction in tourist offer that has forced the pandemic and is going to audit the network of lanes- bikes to give you more security.

Before returning to politics to run for mayor of Lisbon, Carlos Moedas had been administrator of the Calouste Gulbenkian Foundation for a year, a prestigious Portuguese institution created in 1956 to support art, education and science. The PSD sought him out and he thought it was his last chance to launch himself into defending an alternative way of being in politics. Backed by his conciliatory and technocratic nature, he managed to attract numerous independents to his coalition such as Laurinda Alves, a journalist and professor at the Nova University of Lisbon with a long history in social movements in favor of the inclusion of the disabled or palliative care. “I am certain that he will do everything possible to listen, understand and try to change people’s lives. He is a humanist and a man of consensus ”, highlights Alves.

The day after the elections, Moedas went to lunch with employees of the municipal cleaning service and praised the willingness of the socialist Fernando Medina for the transfer of powers. He wants to make Lisbon a more cosmopolitan city. He speaks four languages ​​- he learned Spanish on television and on visits to Rosal de la Frontera (Huelva) – and has lived in five countries. He is the son of a deceased historical communist journalist from the Portuguese Alentejo, but this ideological antagonism was not a desire to rebel against his father: “We were close friends and I learned a lot with him, but also about the communist ideology where the person is just a tool. and she cannot think for herself because it is the party that decides ”.