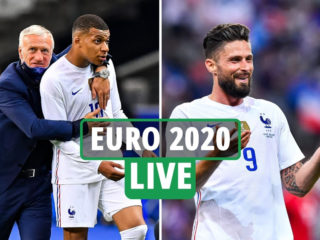 KYLIAN MBAPPE was reportedly left fuming after Olivier Giroud publicly criticised him for failing to pass.

The PSG star was so angry with the Champions League winner’s comments after the friendly with Bulgaria that he reportedly wanted to call a press conference to explain his point of view.

And things didn’t turn out much better for France’s other striker Karim Benzema, who went off injured.

Meanwhile Denmark and Romania are set to announce an increase in the number of fans that can attend their Euro 2020 games – to 65 and 50 per cent respectively.