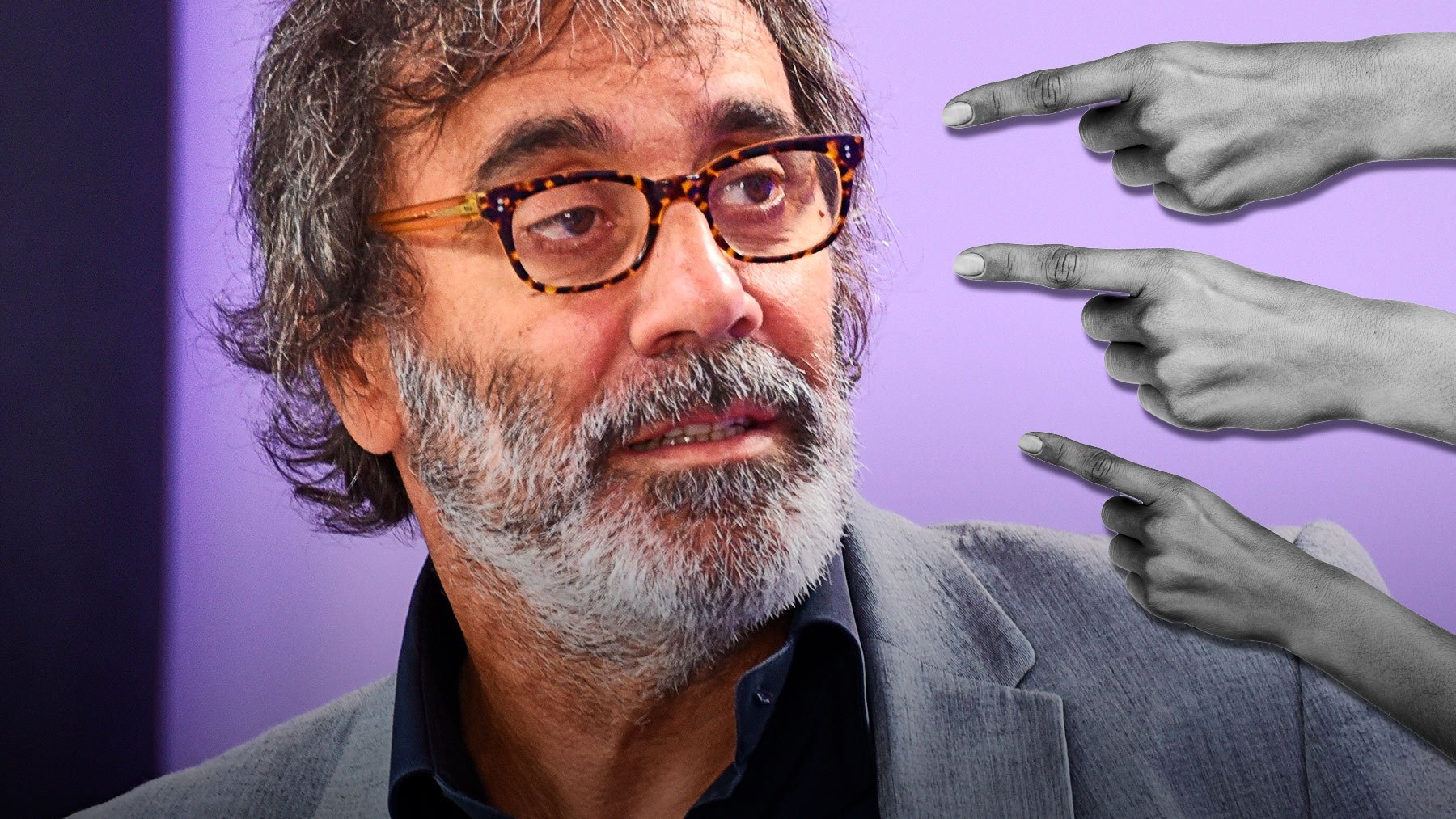 The Chinese company Orient Hontai blames one of the founders of Mediapro, Tatxo Benet – known in the audiovisual sector as the kind face of the wild Jaume Roures– the collapse of a company that billed, in 2019, 1,817 million euros with gross profits of 224. A misleading figure because the Catalan holding company had a debt of 727 million, which prevented it from complying with its creditors.

For Chinese investors in Shanghai, Benet’s mistakes would have thrown the company over the financial cliff. Not only because of his disastrous management when facing the corruption of Mediapro in what is known as Fifagate, but the multitude of skids that has brought the group to a state of economic alarm. Among them the frustrated and ruinous landing of Mediapro in the management of the television rights of the soccer leagues in Italy and France, which of the cameras and the field of play has ended up on the platform of the courts.

Mediapro broadcast, in 2019, the Pan American Games and was responsible for the production of football competitions such as the final of the UEFA Champions League, in Madrid, the European Super Cup, in Istanbul; and the UEFA Nations League, in Porto.

Mediapro’s number two, always in the shadow of Roures, with whom he founded the company in 1994 together with businessman Gerard Romy, turned to the Searchligft and Invesco vulture funds in order to stop the bleeding without first consulting his oriental partners. The two investment companies undertook to capitalize the 330 million euros of part of the group’s debt already inject 150 million to face liquidity problems.

Mediapro drags a debt of close to one billion euros since long before the pandemic, which certainly made it worse. In 2020, it reduced its income by 40%, which led to losses of more than 200 million. Such is the financial fiasco generated by Benet and Roures that the group was powerless to face the payment of 90 million before the summer, which was postponed by its creditors.

Benet’s operation with the vulture funds was channeled through Televisa with whom the producer maintains excellent relationships. The Mexicans facilitated contact with Searchligft and Invesco, since the first of the investment funds participates in the Hispanic channel Univisión, which is broadcast in the United States. The Chinese partners did not take the bait, since this solution provided more advantages for Benet and Roures in the management of Mediapro. “It was a paradox because the true annihilators of the company were reinforced instead of being defenestrated”, a senior company official complains.

The majority shareholder of Mediapro, which invested one billion euros in the company in 2018 with the purchase of 54% of the shares from Torreal, Televisa and Mediavideo of the founder Gerard Romy, reproaches Benet, among other catastrophic measures, for the salvation operation through the vulture funds Searchlight and Invesco.

Chinese partners to the rescue

To stop the financial movement, the Chinese of Orient Hontai – with the majority shareholding of 54% of Mediapro – put 620 million on the table. It was the only formula to face the debts and refloat the Catalan audiovisual group.

The aim was to stop the bleeding caused by the Roures-Benet duo and regain the stability of a holding company that employs 7,000 employees in 38 countries, who remain expectant about the economic viability of the audiovisual company.

But Mediapro’s problems come from far behind, according to internal company sources consulted by OKDIARIO. All those surveyed point to Benet as the main person responsible for the financial catastrophe. The decline began when the US FBI investigated the company for paying bribes to FIFA officials. to obtain with tricks the television rights of several world-wide ones.

The judicial process, which is still open in the Court of Brooklyn (New York), ordered Mediapro to pay a fine of more than 20 million euros, which Roures and Benet assumed without litigation. In addition, the audiovisual company was forced to allocate an amount of several million euros for lawyers’ fees and rebuild its structure in the United States.

To the North American adventure should be added the triggers of Benet’s management in France and Italy, where Mediapro faces millionaire sanctions for the breach of contracts with the soccer leagues of both countries.

In addition, international partners would not have liked the politicization of the company, which has been listed towards the independence movement. Roures and Benet no longer hide when they comment on secessionist groups.

Internal Mediapro sources add that the situation of stranding occurred after the departure of the holding company of the brain of the company, Gerard Romy, which was directly affected by the Fifagate, which he faces in the North American courts accused of bribing FIFA officials.

The shadow of Gerard Romy

A former senior manager of the company does not hide his discomfort: “Tatxo Benet betrayed Romy and left him lying in the middle of the process.” The manager on whom the weight of the company fell for years sold his shares after the entry of the Chinese and dedicated himself to defending himself against the bribery charge, while his former partners abandoned him. Romy never shared his responsibility in the international corruption case with Roures and Benet, but it is true that he has not yet said his last word and can uncover the true plot of Mediapro before the New York Prosecutor’s Office.

Benet, Mediapro’s gray man since his TV3 years, always one step behind Roures, has not stood out for his brilliance. According to the same sources: “He limited himself to starring in the smiling role of the moody Roures, receiving clients who did not want to know anything about the Trotskyist.” Meanwhile, Romy was generating business, mainly in the area of ​​sports broadcasting rights.

The current distribution of Mediapro shares is as follows: Orient Hontai owns 54%, the British advertising company WPP, 22% and Roures and Benet, 24% divided equally.

The problem facing Roures and Benet is the composition of the shareholding power after the rescue by Orient Hontai. The investment of the Chinese, without a doubt, will dilute the strength of the two founders who, although they have the support of the British, have placed themselves in a limit position. The main partners are not willing to spend more money so that Roures and Benet continue to command.

As OKDIARIO has learned, Orient Hontai is putting pressure on Juan Antonio Samaranch Jr, the person who convinced them to invest in Mediapro, to reinforce the Board of Directors with professionals they trust. They also make it a condition that Roures and Benet be removed from management.