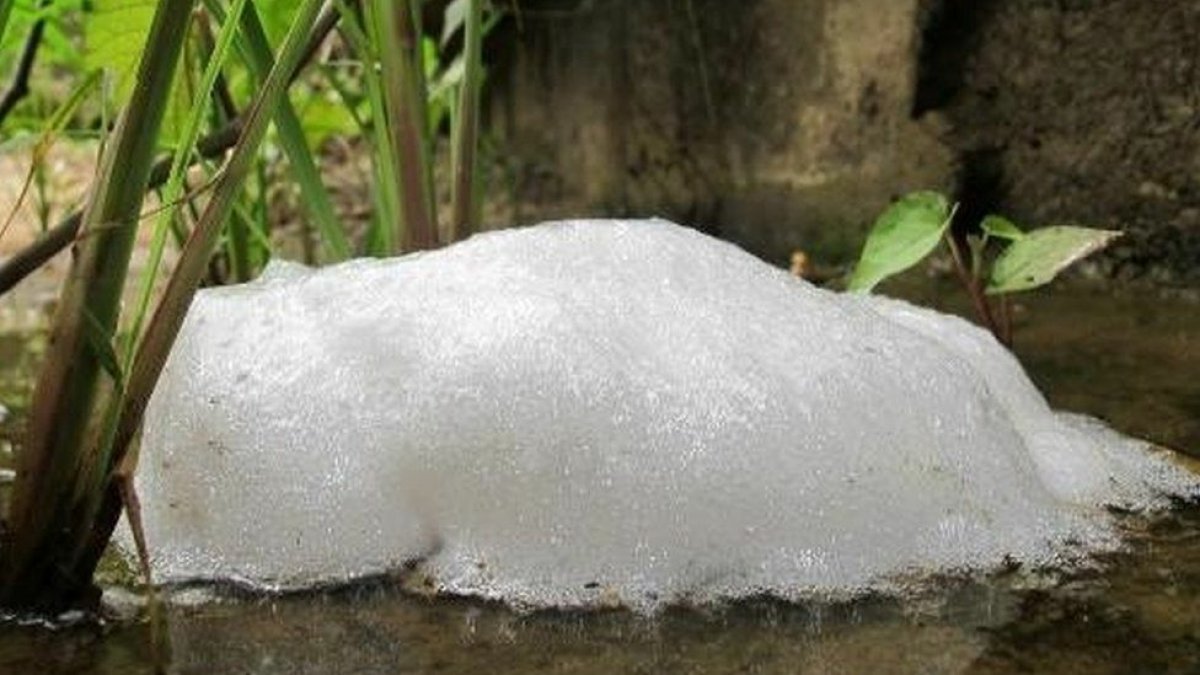 The foam of the Tungara frogs has already won awards. In 2010, a team of researchers developed a foam that – based on the model from nature – Sucks carbon dioxide out of the air and generates sugar from itthat can be converted into biofuel. For this, the researchers received the Earth Award. Now the foam of the Tungara frogs could provide another advance, this time in medicine.

Tungara frogs envelop with their foam usually their spawn during the mating season and form a bed of foam, so to speak. This protects the offspring from drying out and from predators for ten days until the amphibians are big enough.

Exactly on those foam pockets it had Paul Hoskisson, molecular microbiologist from the University of Strathclyde in Glasgow, apart from when he wandered around the jungle on the Caribbean island of Trinidad. Even as a little boy he always brought home buckets full of fish, snakes and frogs, he writes on his website. Now as a researcher he is continuing his childhood dream. This time, however, he is interested in the curious foam of the Tungara frogs. With the permission of the rangers on site, he collects the nests.

Because the frog foam is unusually stable. Artificial and other natural foams, on the other hand, often disintegrate so quickly that you can watch them when you think of the foam on the beer or the latte macchiato. But bath and shaving foams are also only a short pleasure. In contrast, the foam of the frogs can withstand rain showers and storms for ten days. Hoskisson wanted to know exactly why and, in the best case scenario, simulate the foam of the amphibians.

So he analyzed the foam samples from the Caribbean according to all the rules of microscopy and spectroscopy, as he describes in the issue of the journal “Royal Society Open Science”. The white mass consists primarily of six proteins. These are partly arranged like clams, with the water-loving side of the molecules pointing inwards and the water-repellent side pointing outwards. In Hoskisson’s laboratory, the foam easily withstood forces that corresponded to wind speeds of 45 kilometers per hour. Egg white, on the other hand, would collapse halfway through.

Advantages and disadvantages of bandages with foams

Hoskisson recognized potential for medicine in such remarkable properties: the pores of the foam bubbles were suitable as containers for medicines. Medical foams for bandages are already particularly important for the care of wounds and scars. They slowly release their drugs, such as antibiotics, and protect the injured area of ​​skin from infection. For poorly healing wounds, such as those that occur in burn victims, the foams can also contain pain relievers and anti-inflammatories.

But nowadays, wound dressings usually have to be changed every few hours. This can disrupt the healing process because the newly forming skin is mechanically stressed again. In addition, germs can penetrate at the moment of exchange. If the medication were delivered over several days via frog foam, the interval between dressing changes could be extended, according to the researcher’s idea.

Since the foam in natura protects the germ cells of the amphibians, it should be well tolerated, Hoskisson hoped. To put it to the test, he applied the foam to human skin cells in the laboratory. Indeed, the cells were dividing normally and were unaffected. Then the researcher’s team loaded the foam bubbles, which were up to three millimeters in size, with the antibiotic rifampicin. He was able to prove that the active ingredient was slowly released from the frog foam over seven days.

In order to get closer to the super-stable frog foam, Hoskisson now wants to have all six proteins in the foam produced by microbes. However, research is still needed before a fully developed bandage with foam wound protection à la Tungara frog can be found.