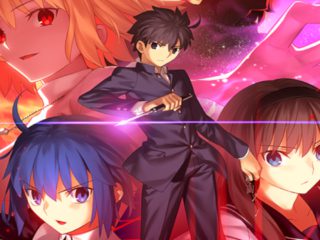 Yoshinori Ono, one of the producers of Street Fighter, has returned to fighting games after joining Delightworks as COO and president. Delightworks; Notes Co. is working with Aniplex and developer French-Bread. Melty Blood: Type Lumina will debut on September 20.

Melty Blood: Type Lumina is the prequel to the cult fighting game Melty Blood, based on the Type-Moon visual novel Tsukihime. The original Melty Blood fighting game was highly acclaimed in the community. However, there was not much of an official tournament in which the game took place.

There will be 10 characters in Melty Blood: Type Lumina and all of them will be voiced in the game.

Ono is best known as the producer and developer behind Street Fighter games. He left Capcom after 30 years and moved to mobile game studio Delightworks in 2021. Delightworks is the company that made the Fate/Grand Order. The game is one of the most popular mobile games in the world.

The Fate series focuses on sorcerers who can summon historical figures from the past, such as King Arthur. The visual novel has grown quite a bit on its own and has brought with it numerous spinoffs. Fate/Grand Order is one of them.

In a translated message in April, Ono said he was looking forward to working on FGC. The new Melty Blood might also be what Ono wants to talk about.