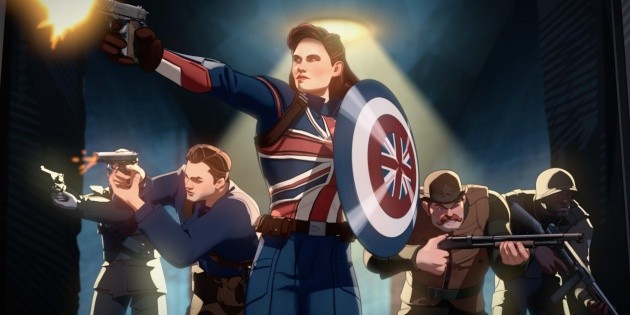 Memes and reactions for the premiere of What If …?, The new Marvel on Disney +

They start on Wednesdays What If…?! Previously, the series’ premiere days were on Fridays, but everything changed with Loki, the penultimate release of the Marvel Cinematic Universe on the streaming service Disney+. After so much waiting, fans have already enjoyed the first episode and that is why they left their best reactions on Twitter. Look also at the memes!

This program will take us to know stories that have nothing to do with the original universe and conventional continuity as we know it. “What if … Captain Carter was the first Avenger?”, is the title of the first chapter, which had the following synopsis: “When Steve Rogers is seriously injured, Peggy Carter becomes the world’s first super soldier”.

In this alternate reality Peggy he decides to stay in the room where Steve is about to receive the super soldier doses, unlike what happened in the movie. There he observes that a Hydra agent tries to sabotage the experiment by injuring Rogers, but Carter moves quickly to intercept the bully and takes the place of the young Brooklyn girl to become the first super soldier thus far..


The episode continues with she first fighting with her army superiors, since they did not want a woman in the risky role she took, but she cared little, since she went into battle to face Hydra, who under the command of Red Skull they were in search of the Tesseract. In the finale, the villain unleashes a multidimensional tentacled creature that to defeat him, Peggy goes with him, leaving Steve in the middle of the war.

Once it reaches another dimension, Carter meets Nick Fury and Clint Barton, who tell him that the war had already ended decades ago, so Rogers was no longer on his timeline. It was undoubtedly an episode full of emotions, not only for the main characters, but also for the appearance of Bucky Barnes, who received one of the jokes of the chapter. See how the fans experienced it!

+ Memes and reactions for chapter 1 of What If …?