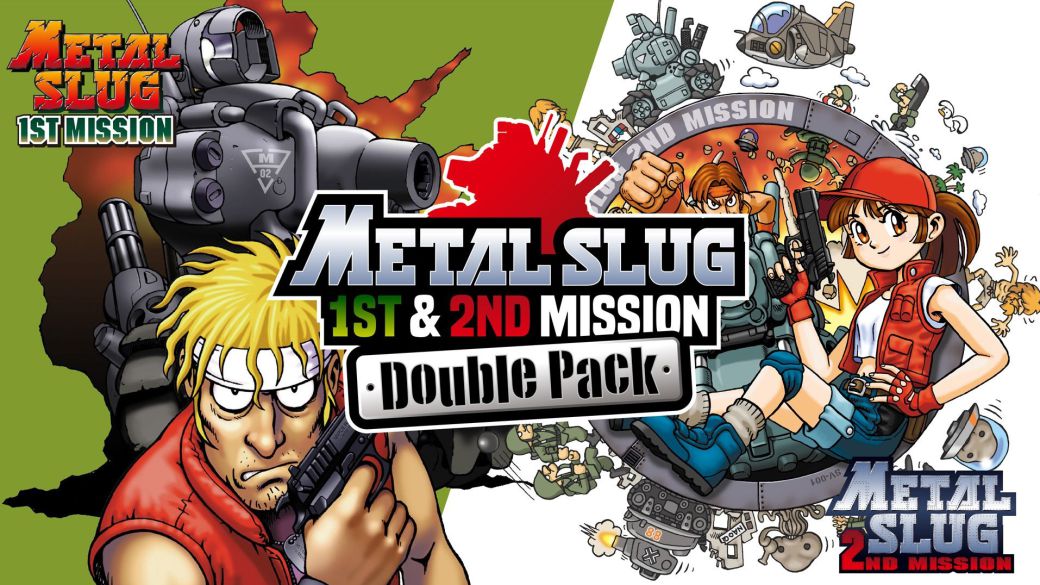 SNK has announced the release of Metal Slug 1st & 2nd Mission Double Pack on the Nintendo Switch eShop. The compilation will be available from September 15, so it is now possible to purchase the pack with these two great video game classics. In addition, the Japanese company has published an official trailer, which you can see just below these lines.

Through a press release, it has been confirmed that this collection will be sold in digital format at a price of 14,99 euros. The Nintendo Switch adaptation includes the two versions of Neogeo Pocket Color, Metal Slug 1st Mission and Metal Slug 2nd Mission. How could it be otherwise, we will have to enter the battlefield to fulfill the different missions, which means raising weapons against enemies.

New times, new mechanics. This version of Metal Slug includes a life bar which updates the title on Nintendo Switch, so you no longer have to fear that a single shot will kill the character. Other traditional elements, however, will remain intact. We can explore different paths and investigate the different ramifications that open our way. As for other new features, Hybrid players will have the opportunity to pick up where they left off last time or go back in time to avoid falling into combat too early.

The truth is that Metal Slug 1st and 2nd Mission are not exactly new, not only because they are classic titles, but also because are part of the Neogeo Pocket Color Selection Vol.1 compilation. This collection brings together ten of the machine’s greatest hits, including The Last Blade, Big Tournament Golf, Samurai Shodown 2, etc. They also inform that the pack is currently on sale.