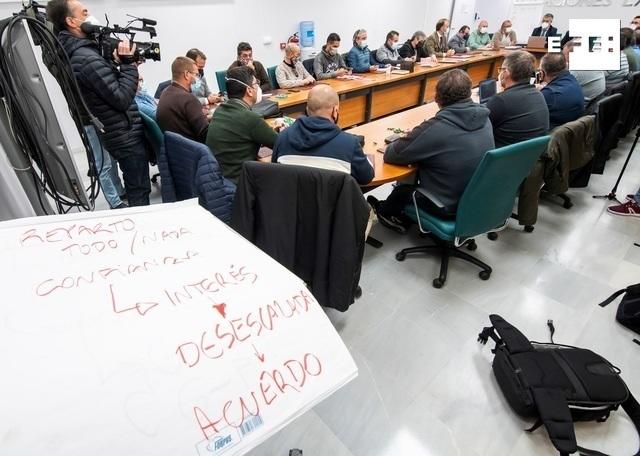 Cádiz, Nov 25 (EFE) .- The metal workers of Cádiz will ratify today the preliminary agreement reached last night between the unions and the Federation of Cádiz Metal Entrepreneurs (FEMCA), which ends the indefinite strike that they have maintained for nine days and with whom today they will foreseeably return to their posts.

The union representatives of the UGT and CCOO will make the details of this preliminary agreement public today, once they have been previously transmitted to the union delegates and workers.

Employers and unions reached this preliminary agreement last night, in the fourth meeting that they had held since the beginning of the indefinite strike and which was held for eleven hours in Seville, at the headquarters of the Andalusian Labor Relations Council, the labor mediation body of the Ministry of Employment of the Junta de Andalucía.

Both parties expressed their satisfaction last night at having reached an agreement with which “workers can see their expectations met,” according to the provincial secretary of Industry of UGT, Antonio Montoro.

The pre-agreement has put an end to an indefinite strike that for nine days has sowed riots, roadblocks, barricades and container fires at the main industrial hubs in the province of Cádiz.

The Cádiz metal sector is made up of 29,000 workers and 5,600 companies, including auxiliary industries of the large factories in the naval and aeronautical sector, such as Navantia or Airbus, which is where the protest has had the most impact, and mechanical workshops, plumbing or metalwork.