Home
World
Mette Marit, in the footsteps of Letizia: the details of her next international trip

Mette Marit, in the footsteps of Letizia: the details of her next international trip 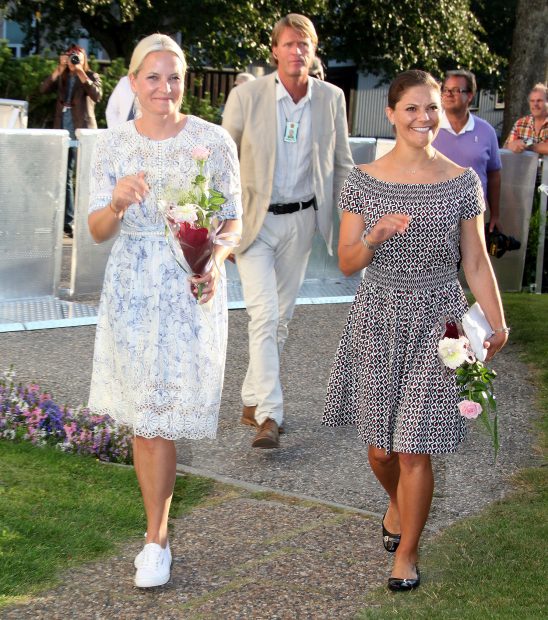 It’s official now. After the recent state visit to Sweden of the King and Queen Felipe and Letizia, it has been made public who will be the next royals to travel to Stockholm. The Royal House of Norway has announced that the Crown Princes, Haakon and Mette Marit will travel to the neighboring country at the end of January, specifically, between the 26th and the 28th of the month.

A visit that will serve to emphasize the good relations between both countries and in which Princess Victoria and her husband, Prince Daniel, will act as hosts due to the rank of both couples. Haakon and Mette Marit will be accompanied by the Minister for Foreign Affairs, Anniken Huitfeldt, and the Minister for Trade and Industry, Jan Christian Vestre. The visit will start in Stockholm and end in Gothenburg and all the details will be known later.

The relationship between both pairs of princes has always been very good and close. In fact, Mette Marit is the godmother of the prince oscar, youngest son of Victoria of Sweden. We have also seen them together on several occasions, not only in official engagements, but also enjoying getaways in their free time. For Haakon’s wife from Norway, having the support of her counterparts is important, since in recent years her activity has also decreased due to the pulmonary fibrosis she suffers.

The purpose of this trip is to help strengthen the close business cooperation between Norway and Sweden, emphasizing the fact that the value creation of tomorrow must be sustainable and knowledge-based. The topics that will be covered in this visit are artificial intelligence, smart societies, bioeconomy, health and wellness technology, clean energy and green change. The sea and the environment will be on the agenda during visits to research environments in Stockholm and Gothenburg.

But there will also be events related to culture and entertainment. Haakon and Mette Marit will visit the Kulturhuset in Stockholm and participate in a meeting of the Swedish and Norwegian children’s and young adult literature industry. In addition, they will meet the 20 winners of the Nordic “Nordic Music Biz Top 20 under 30” awards. Since the hosts are the Princes, it is not known if there will be an encounter with the Kings and if some kind of gala dinner will be offered in style. Although several details have already been offered about this very special trip, it will be a little later when the final program is confirmed.

This trip comes in an important month for European monarchies. In the case of Haakon and Mette Marit, just a few days after the 18th birthday of his eldest daughter, Ingrid Alexandra, who is expected to have a more leading role from now on. This is not the only important event of the month, but in Denmark they will also celebrate the Jubilee of Queen Margaret and the 50th birthday of Princess Mary. Two appointments of great importance for the royal panorama of which some details have already been advanced.