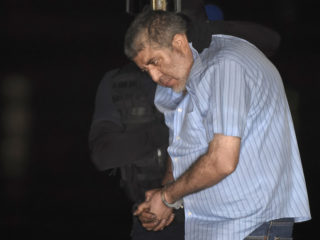 The Attorney General’s Office of the Republic of Mexico reported this Tuesday on the sentence to 28 years in prison that Vicente Carrillo Fuentes, one of the leaders of the Juarez cartel, received for crimes related to drug trafficking.

Through a statement, the Public Ministry detailed that the defendant was found guilty of the commission of organized crime crimes to commit crimes against health, operations with resources of illegal origin and collection of firearms.

#FGR through the #FEMDO Obtains a sentence of 28 years in prison against Vicente “C”, for crimes of organized crime in order to commit crimes against health, operations with resources of illicit origin and collection of weapons.➡️ https://t.co/YHhyGgYaxQpic.twitter.com/1nuklpMYQr