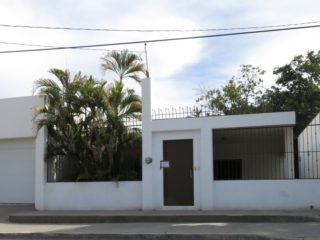 The house from where The former leader of the Sinaloa Cartel, Joaquín ‘El Chapo’ Guzmán, escaped in 2014After hiding in a bathroom that communicated with an intricate network of tunnels, it will be drawn in the National Lottery of Mexico this Wednesday, September 15, on the eve of the Independence Day of the Latin American country.

In recent weeks, the Institute for the Return of Stolen Goods to the People of Mexico (INDEP) has made several changes to the home, which has been abandoned for years. The highlight was the removal of surveillance cameras that spanned all angles of the exterior and the concrete slab covering of the hole under the bathtub through which Guzmán sneaked into a network of tunnels, according to reports from the AP agency that had access to the property prior to the draw.

The house, which is listed as ‘House in Culiacán’ on the INDEP website, has 395 square meters of land and 261 of construction, has two bedrooms, living room, dining room and garage and the public appraisal is of approximately $ 183,000.

Mexican President Andrés Manuel López Obrador has been talking about the lottery of seized properties, but did not mention the history of this house, related to the world of drug trafficking.

“This raffle is very important and I make a call to the population, to all those who can help, buying a little bit or two, or three, or whatever they wish,” López Obrador said last week during one of his conferences on daily press, highlighting that the resources obtained will be destined for those who participated in the Olympic Games.