Mexico Stock Exchange gains 1.58% in line with the US market 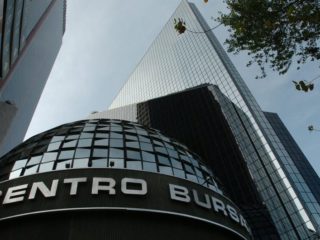 “As in the US market, the sectors most affected on Monday led the gains, such as materials (3.28% on average) and financial (1.70%),” he told Efe. analyst at Banco Base Luis Alvarado.

He added that together they represented 485.37 of the 778.20 points that the index advanced, which explains about 62% of its variation.

He recalled that from the close of this Wednesday until the close of Friday 14 financial reports of companies are scheduled within the IPC sample, so that in the coming days movements could be seen depending on the performance of the companies.

“As long as investor sentiment in international markets remains stable,” he said.

With the advance of this Wednesday, the Mexican index accumulates an advance so far this year of 13.54%.

On the day, the Mexican peso depreciated 0.24% against the dollar, trading at 20.18 units per greenback on the interbank market.

The volume traded in the market reached 155.3 million titles for an amount of 12,178 million pesos (about 604 million dollars).