Home
News
Mexico: the helicopter in which the Secretary of the Government of Veracruz was traveling fell

Mexico: the helicopter in which the Secretary of the Government of Veracruz was traveling fell 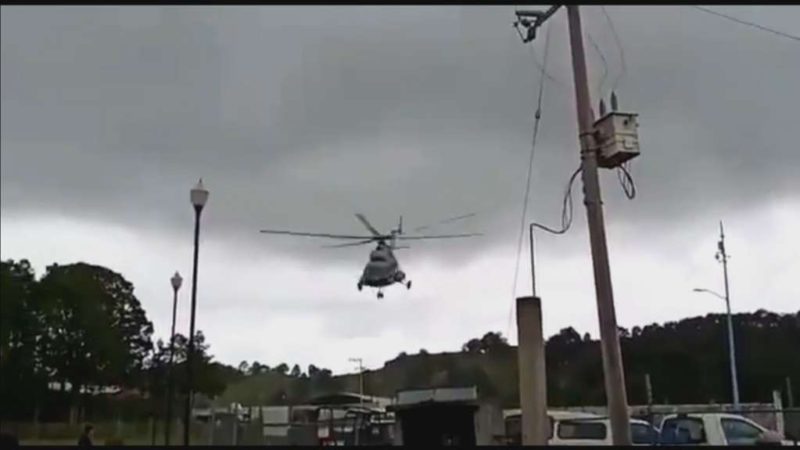 The official is stable after the accident. No fatalities were reported.

Accident in Mexico: helicopter in which the official delegation was traveling falls (Photo: TN capture)

a Mexican Navy helicopter crashed this Wednesday in the state of Hidalgo, north of Mexico City, and among the occupants was the Secretary of Government of Veracruz, Eric Cisneros, who was injured.

In the accident no fatalities were reported. The official is stable. The entourage, of about 20 people, He was touring the areas affected by the passage of Hurricane Grace, which caused extensive damage.

The aircraft fell in the vicinity of the sports unit in the town of Agua Blanca, in Hidalgo.

The governor of the state of Veracruz, Cuitlhaguac GarciaHe said on his Twitter account “there are no human losses” and specified that the official “is stable and well.”

“Trying to reach inaccessible points of the Sierra de la Huasteca Baja by air, the Navy helicopter where the Secretary of Government, Éric Cisneros, was traveling, had a mishap. He has called me to report that still with injuries is stable and well. There are no human losses”Garcia wrote.

The accident occurred in full view of numerous witnesses. In a video that went viral on social networks, the moment when the helicopter falls to the ground is observed. When they touch the ground, the antlers of the apparatus shoot out amid the fear of the people present in the place.

According to the Mexican newspaper Milenior, the episode occurred in the municipality of Agua Blanca de Iturbide, in the Sierra Otomí – Tepehua de Hidalgo region.

As seen in the video, the ship suffers from an apparent failure, rises a few meters and falls to the ground in the sight of witnesses.

In the Navy helicopter, of the MI-17 type, about twenty people were traveling, including the pilot, the second mechanics teacher and a corporal, as well as a Navy lieutenant.

After the accident, ehe Secretary of Government of Veracruz was rushed to a clinic in the area.

According to the Mexican newspaper, the accident occurred during a reconnaissance and transport overflight of personnel to the areas affected by the passage of Hurricane Grace. According to reports, the aircraft suffered a malfunction during the landing maneuvers.

The causes of the accident are still unknown.

Official reports indicate that at least four people suffered minor injuries, three of which had to be referred to the hospital in the municipality of Metepec and to a private clinic in neighboring Tulacingo.