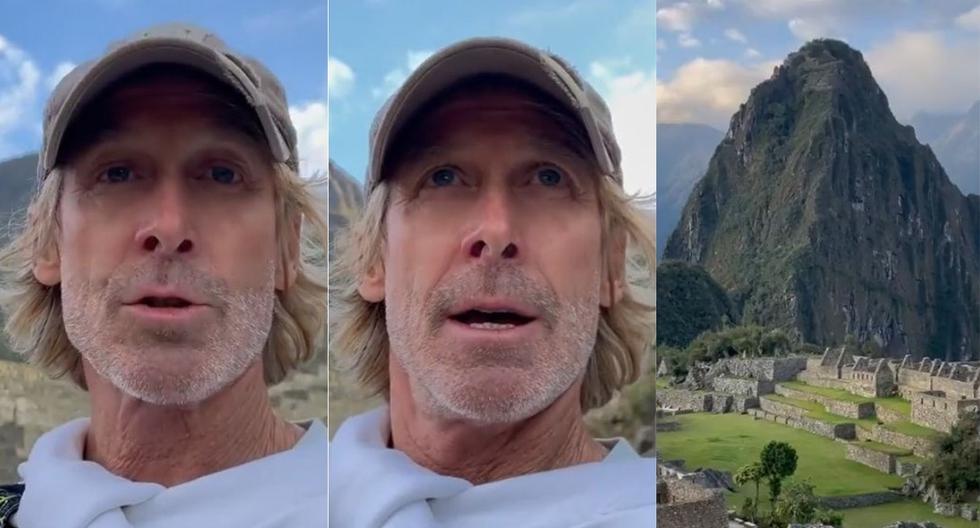 Michael Bay after visiting Machu Picchu: “How often can you appreciate a wonder of the world and have it all to yourself” – MAG.

Renowned filmmaker Michael Bay, responsible for iconic films in the franchise “Transformers”, is in Cusco, Peru, as part of the production team for the new film “Transformers: The Rise of the Beasts.” Recently, he used his social networks to express his excitement for knowing Machu Picchu.

Through his official Instagram account, the Hollywood filmmaker shared a video in which he is totally amazed by the natural beauty of Machu Picchu. In addition, the clip highlights that she is the only person walking around.

“Basically, everyone has left Machu Picchu. I am literally the only person in Machu Picchu right now. How often can you appreciate a wonder of the world and have it all to yourself. Amazing! Amazing!”, Michael Bay is heard saying.

“I am the only person in Machu Picchu right now, the only one. Only me, it’s really the craziest thing in the world ”, added the renowned Hollywood filmmaker.

As is known, the first days of October are scenes from the movie “Transformers: The Rise of the Beasts” in the locations of the archaeological park of Sacsayhuaman and in the historic center of the city of Cusco, reported the Andina agency.

For this, the Decentralized Directorate of Culture of Cusco (DDCC) has arranged that on Wednesday 6 and Thursday 7 October, the entry of visitors to the monumental area of ​​Sacsayhuamán, made up of the Muyuqmarca, Rodadero and Chinkana bastions, be suspended.

Likewise, on those days there will be no attention and the checkpoints located in Llaullipata, Sapantiana and Puqro will be closed. However, tourists will be able to enter Pukapukara, Q’enqo and Tambomachay. At the beginning of September, the citadel of Machu Picchu was the scene of the filming of the film.