Michaela Cole joins the cast of the movie Black Panther: Wakanda Forever, what character will she play? 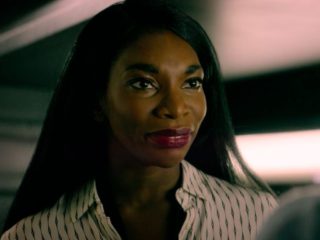 The film Black Panther 2 or Black Panther: Wakanda Forever continues to make steps towards its final release in theaters. As reported Variety, the actress Michaela Coel has joined the cast of the film, although he will play a role for the time being unknown.

The actress is best known for her work on HBO’s I May Destroy You, where she plays a popular writer trying to rebuild her life after being raped. Coel also co-directed, executive produced, and created the series. This was released in the middle of the COVID-19 pandemic (June 2020) and received good reviews for Coel’s performance and the treatment of rape and the recovery of its victims.

If it still doesn’t ring a bell, Coel also appeared in the Black Mirror episode “USS Callister”. in which he plays one of a ship’s crewmates who are imprisoned in virtual reality. Furthermore, it appeared as a Resistance member in Star Wars: The Last Jedi.

Coel joins the rest of the cast, which include Angela Bassett as Queen Ramonda, Danai Gurira as Okoye, Winston Duke as M’Baku, Lupita Nyong’o as Nakia, among others.

Black Panther: Wakanda Forever began production in late June and has seen numerous script changes due to the death of Chadwick Boseman, the original MCU Black Panther. Rumors indicate that this movie could deal with the conflict with Atlantis, another of Marvel’s hidden kingdoms.