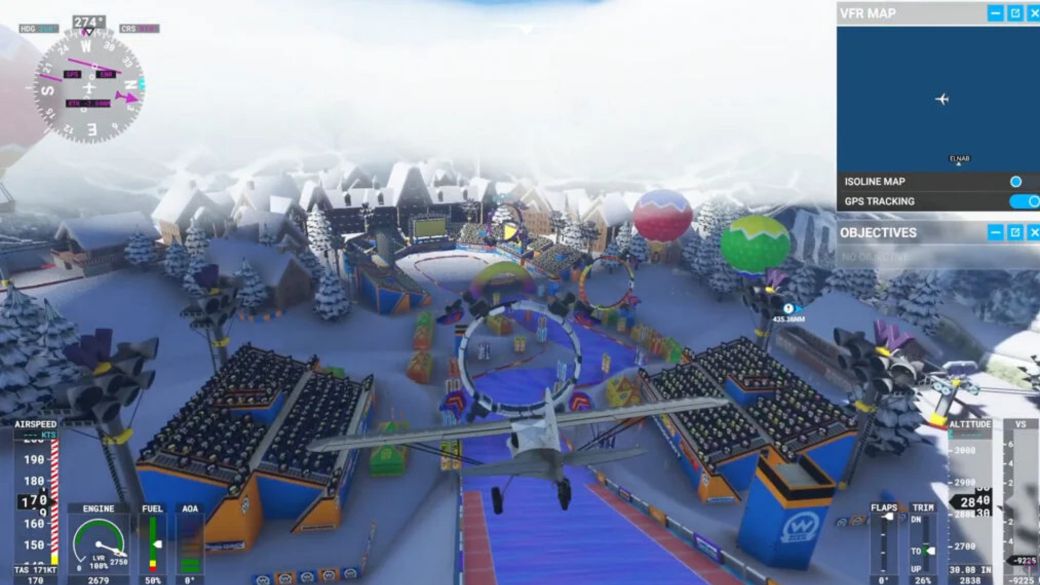 Mods have worked their magic again. Microsoft Flight Simulator rises once more towards the sky, but this time with a peculiarity: the mud Illogicoma has moved seven tracks from Mario Kart and introduced them to the PC and Xbox Series X / S title. In this way, we can see versions of iconic tracks such as Wario Summit, Silent City, Cloudtop Cruise, Moo Moo Farm, Rainbow Trail, Bowser Castle and Shy Guy Falls.

The video originally aired on Twitch, but has also been uploaded to YouTube, so you can check out below these lines. The part related to Mario Kart begins at minute 3:26:32. “You will see that the government has been secretly building Mario Kart circuits in the middle of the ocean,” says the mud in all joke. These tracks have been adapted to the playable style of Microsoft Flight Simulator, so Illogicoma has added hoops. They are not, therefore, careers as such.

How did you do it?

On his Twitter account, Illogicoma has also explained some aspects related to the process of creating the mod. He has used resources from The Models Resource, but he has also used the Blender addon designed for this video game, Blender2MSFS. Using this tool you can create 3D resources for Microsoft Flight Simulator.

Microsoft Flight Simulator originally came out on PC, but it already has a version for Xbox Series X and Xbox Series S. At Gamescom 2021, Asobo Studio and Xbox unveiled the Top Gun expansion, which will be free and will be out on September 7.

The latest installment of Nintendo’s fun arcade game is Mario Kart 8 Deluxe, the adaptation of the game from Wii U to Nintendo Switch. Those from Kyoto have not yet announced a new installment, despite the fact that the previous title has been one of the best sellers of the console.