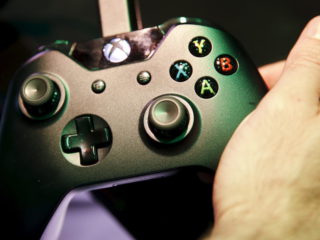 Microsoft is betting on a video game model based on monthly subscription to access a large number of games from the cloud, similar to Netflix. For this, the company is developing transmission devices that can be connected to televisions.

“The cloud is key to our hardware and the ‘Game Pass’ roadmap, but no one should think that we are slowing down the pace of our mainstream arm of console engineering. In fact, we are speeding it up.” declared Liz Hamren, Vice President of Games and Platforms at Microsoft at Eurogamer.

One of the ways to bring games to different teams is through partner with TV manufacturers intelligent to, in that way, add games in the cloud of these. However, Microsoft is also developing its own streaming devices that users will be able to connect to their television or computer monitor.

“We are hard at work on new platforms and consoles, some of which will not be released anytime soon. But as we build for the future, we’re focused on extending the Xbox experience to more devices today, to reach more people, “Hamren said.

Microsoft’s big push is expand Xbox beyond the traditional console audience and bring gaming to the cloud in order to remove barriers for those who cannot afford a console.

“Ultimately, if you can’t spend hundreds of dollars on a console or potentially thousands of dollars on a high-end gaming PC, you simply can’t participate in the global gaming community in any meaningful way.” assures Xbox boss Phil Spencer, in a pre-recorded video.

“Of course, there is still a place for consoles and computers. And frankly, there always will be. But Through the cloud, we can offer an experience to anyone connected to the Interneteven on the least powerful and least expensive devices, even on devices that people already own, “added Phil Spencer.