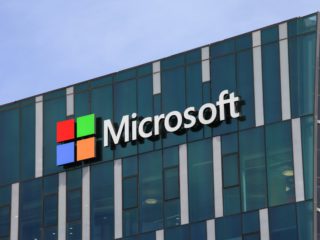 The software company Microsoft wants to raise the dividend for its shareholders by 0.62 US dollars per share, about 0.85 dollars. This corresponds to an increase of around 11 percent compared to the previous quarter. The Microsoft board announced on Tuesday. In addition, Microsoft wants to buy back shares in a volume of 60 billion dollars.

In the fiscal year that ended in June 2021, Microsoft achieved a significant increase in sales of 21 percent to an increase in sales of 46.1 billion dollars and, on balance, a profit of 16.5 billion dollars, an increase of 47 percent, due to the well-running cloud business. Shareholders who are registered as shareholders by November 18, 2021 should now benefit from this. The distribution is to take place on December 19, as Microsoft announced.

In addition, the board of directors has approved a $ 60 billion perpetual share buyback program. However, the program can be ended at any time.

In addition, Brad Smith has been named Microsoft Vice Chairman. Smith is already President of Microsoft. The deputy chair is now another leadership role for him. He will continue to report to Microsoft boss Satya Nadella. He emphasized the importance of Smith as a leader for the group.

This year’s Microsoft Annual General Meeting is to take place on November 30, 2021, according to a board resolution. Due to the ongoing corona pandemic, the meeting will be held purely virtually. Shareholders who are registered as shareholders of Microsoft by September 30th are entitled to vote.