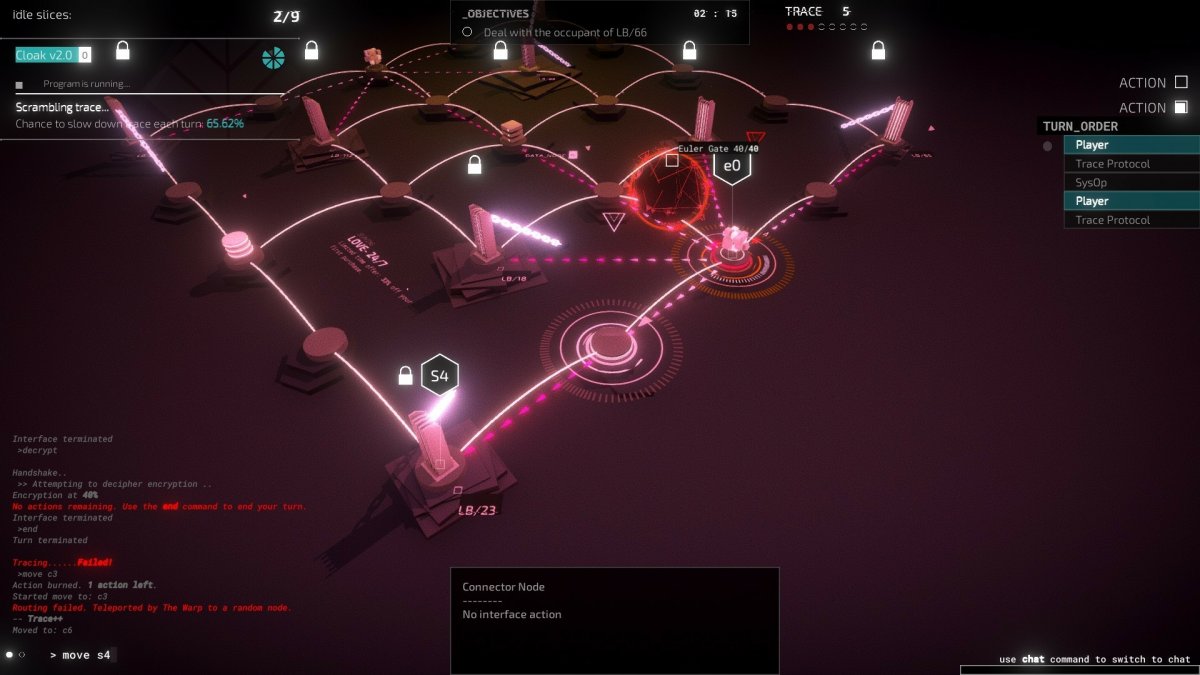 “Midnight Protocol” alluded to: The spirit in the machine

Hackers are mysterious beings. They work in the dark with hoodies or are transhumanist technology nerds who like to plug a cable into their brains in cyberpunk literature. The hacker role-playing game “Midnight Protocol” largely dispenses with these clichés and sends the players on a revenge mission online.

Data is out for revenge. The hacker – we never find out who the person is – is fresh out of jail and wants to hunt down the people who got her into this. She builds up her old network and starts: cracking accounts, making data disappear. Unfortunately, it quickly becomes the focus of larger organizations that are turning the tables. Data becomes the hunted.

Developer LuGus literally puts players behind the screen. Similar to the award-winning indie hit “Orwell”, “Shenzhen I / O” and “Hacknet”, everything happens on the computer screen and is also completely controlled by the keyboard. But nobody needs real programming knowledge. Instead, players enter simple commands such as ”move” or ”decrypt”, which can be completed automatically if necessary.

In the game, Data searches for new jobs in her emails, browses the Darknet for important information or takes a break with mini-games like Hacker Chess. At the end there are credits and reputation points. Sometimes Data also has to choose between two jobs. This has an impact on the order situation and their reputation with the three fractions in the community – from the moral apostles of the “White Hats” to the diffuse “Gray Hats” to the criminal “Black Hats”.

In the missions, the game switches to an abstract isometric representation of the computer world, which is somewhat reminiscent of “Tron”. As a ghost in the machine, Data sets off from one data hub to the next, engaging in chases with security programs and looting bank accounts. All of this happens in rounds and sometimes causes a little brooding: which way do I take? Should I destroy the firewall and alert the security systems or should I look for a secret detour? Data only has two attempts per round. With each round, the alarm bar of the defense systems fills up, provided that data is not hidden behind a so-called cloud. If the bar is full, it has to disappear quickly.

To make their lives easier, Data can buy software and hardware on the black market. “Dagger” destroy firewalls, programs like “Leech” plunder accounts permanently and a “tunnel” can bypass data threats. However, it can only equip a limited number of these programs. As with a card game, she must therefore carefully consider which one to take with her before each mission. In practice, this leads to a mix of round tactics and puzzle games. Often times, it will take Data several tries to find the right tactic. Funny: Some servers have high latency. Then Data has to plan ahead and enter several commands that are only executed with the next move. This is not the only reason why “Midnight Protocol” becomes an exciting and original surprise.

“Midnight Protocol” is an original genre mix of role, card and puzzle game, which provides variety due to its unusual perspective and control. The game, which at first glance seems abstract, develops a pull that we could hardly avoid in our play lessons. It doesn’t really matter that some missions can only be solved with a little trial and error. Still, it’s great fun when a sophisticated plan works or we can save ourselves from the network at the last moment. This does not necessarily correspond to the “real” everyday life of a hacker, but it makes for some exciting hours on the home screens.