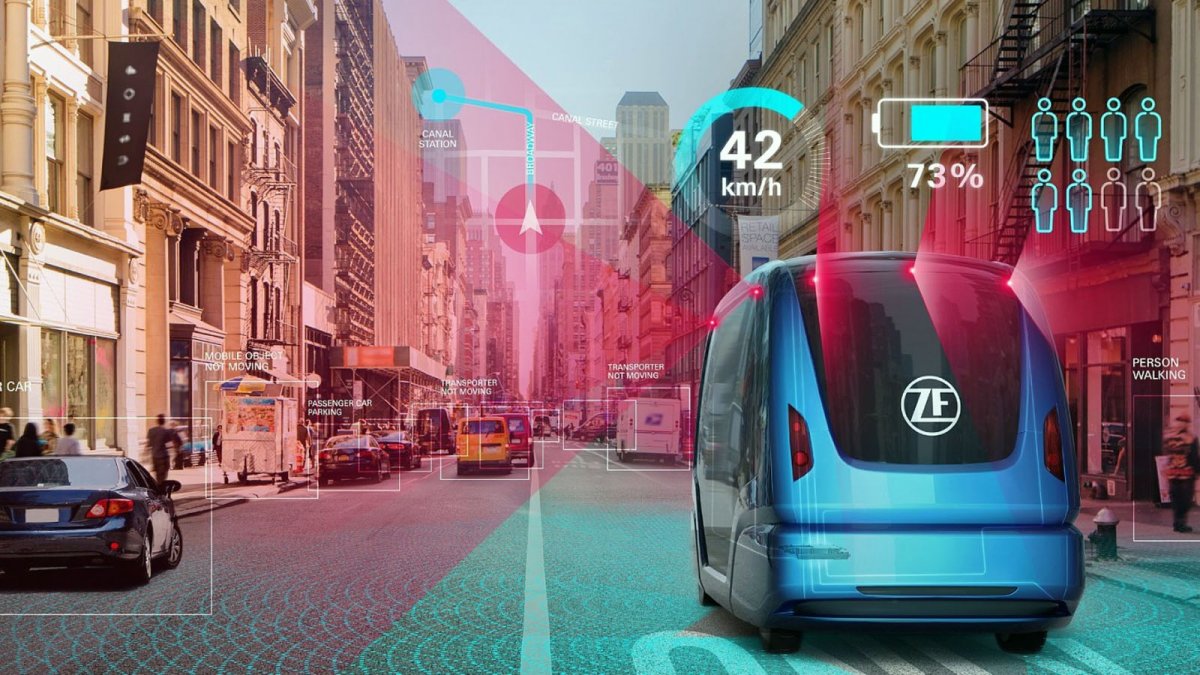 The further development of the automobile into an autonomous vehicle can succeed – but even based on the current state of knowledge and testing, nobody gives any more dates. The route via a newly conceived mobility concept is more promising. As with the last major innovation in the mobility sector around 100 years ago, the internal combustion engine was not built into a mechanical horse. Neither was the original carriage construction up to the requirements, and neither was the road infrastructure.

What is missing: In the fast-paced world of technology, there is often the time to rearrange the many news and backgrounds. At the weekend we want to take it, follow the sidewalks away from the current, try different perspectives and make nuances audible.

The idea of ​​achieving full autopilot capability while at the same time retaining the automotive world as we know it – many critics now regard it as bad science fiction (see Part 1).

The three experts, who were septic in one way or another in the first part, strike a completely different note when it comes to level 4 autonomous driving. Since it is not just a technically defined level of autonomy, but a completely new traffic system, it can be called “driverless passenger transport” or “supervised autonomous driving” more precisely.

The Californian traffic expert Daniel Sperling considers the driverless operation of taxis or shuttles to be one of the pillars of the upcoming revolution in the transport sector, of which electrification and “on demand” models are the other two. The head and founder of the 3-Revolutions-Institute is also very close to an exciting development: a few dozen start-ups, but also powerful billion dollar players are trying to develop a new traffic system around driverless transport.

The accident researcher Brockmann is also far less skeptical when it comes to robotaxi traffic, autonomous shuttles and especially delivery traffic. From a safety perspective, the trained motor vehicle mechanic has no problem with so-called people movernthat drive through the city at 20 km / h, for example as a feeder to local transport.

Elon Musk has been peddling the announcement for years that Tesla customers could soon earn money with their cars by lending them to others for a fee, preferably in self-driving mode. Anyone can become an independent fleet operator with their Tesla – with a fleet size of one. Because he sees the days of the private car coming to an end and with it the business model of an industry of which he is currently himself the greatest innovator. In 2019 he promised Tesla would have one million robotic taxis “on the road” by 2020. In retrospect, a very over-optimistic prognosis, but with a true core: He correctly recognized that private cars with exclusive use by the owner, especially if the vehicles can drive on their own, are increasingly seen as obvious economic and ecological nonsense.

The legislature has understood

The amendment to the law on autonomous driving passed in May takes this into account by creating the legal framework for the operation of autonomous fleets and concentrating on this application. The whole thing is restricted to the “permissible operating area” – this can be a fixed line according to the timetable, a route with a few variations or a complete area that is clearly defined by means of geofencing. The Federal Ministry lists the following use cases and scenarios: shuttle traffic, people mover, hub-to-hub traffic, demand-oriented offers in off-peak times and the transport of people and / or goods on the first or last mile. Technical supervision

At level 4 there is no longer a driver, but a “technical supervision” who can guarantee that the decisions of the automated system can be checked and overruled at any time after a certain handover time. The bill expressly provides for this to be implemented through remote monitoring: If there is a problem or an unforeseen situation arises, the driverless robo-vehicles should also independently control a “different risk-minimizing state”, i.e. pull over to the right and stop and contact the control center take up. “A flesh and blood person in the control center would then be alerted. He or she would dictate a maneuver to the robotic car, which it would then carry out independently,” says Jens Tartler in the Tagesspiegel. The decisive factor for safety is the ability of the system to always be able to switch to a “less risky state”, as required by German law.

The handover to the control center, the take over request, cannot take place at 100 km / h in a fog bank. Typically, robotic taxis tend to be overly cautious, so that they quite often come to a standstill: For example, when they cannot find a gap to thread, encounter a construction site or unknown obstacles; or when traffic situations arise that can only be resolved with a limited violation of the rules – for example overtaking a broken-down vehicle. These are situations in which the system prefers to ask questions, for example when Christmas trees suddenly appear in a McDonalds parking lot that weren’t there before. Then the supervisor has to resolve the situation.

It’s similar to the elevator: there have long been no lift boys who control the movement of the cabin, nor are there any passive supervisory staff who take over in an emergency. In this case, remote monitoring is sufficient with a simple emergency button – similar to a driverless subway. There is also one in the Waymo vehicles that passengers can operate.