Mister Spex wants to go public in the third quarter 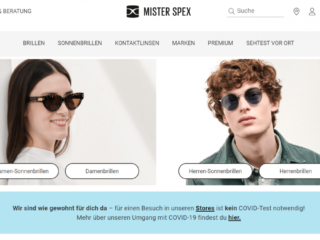 The Berlin online optician Mister Spex plans to go public on the Frankfurt stock exchange by the end of September. The IPO is expected to include new shares from a capital increase and existing papers from certain existing shareholders, Mister Spex announced on Monday in Berlin.

The company is aiming for gross proceeds from the sale of the new shares of at least 225 million euros. The board intends to use the money to accelerate growth, drive international expansion and finance a bridging loan.

According to its own information, Mister Spex operates online shops in ten countries and more than 40 stores in Germany, Austria and Sweden, plus around 400 partner opticians. In 2020, Mister Spex increased its revenue by almost a fifth to 164 million euros. Adjusted operating profit increased even more significantly to seven million euros in the same period.