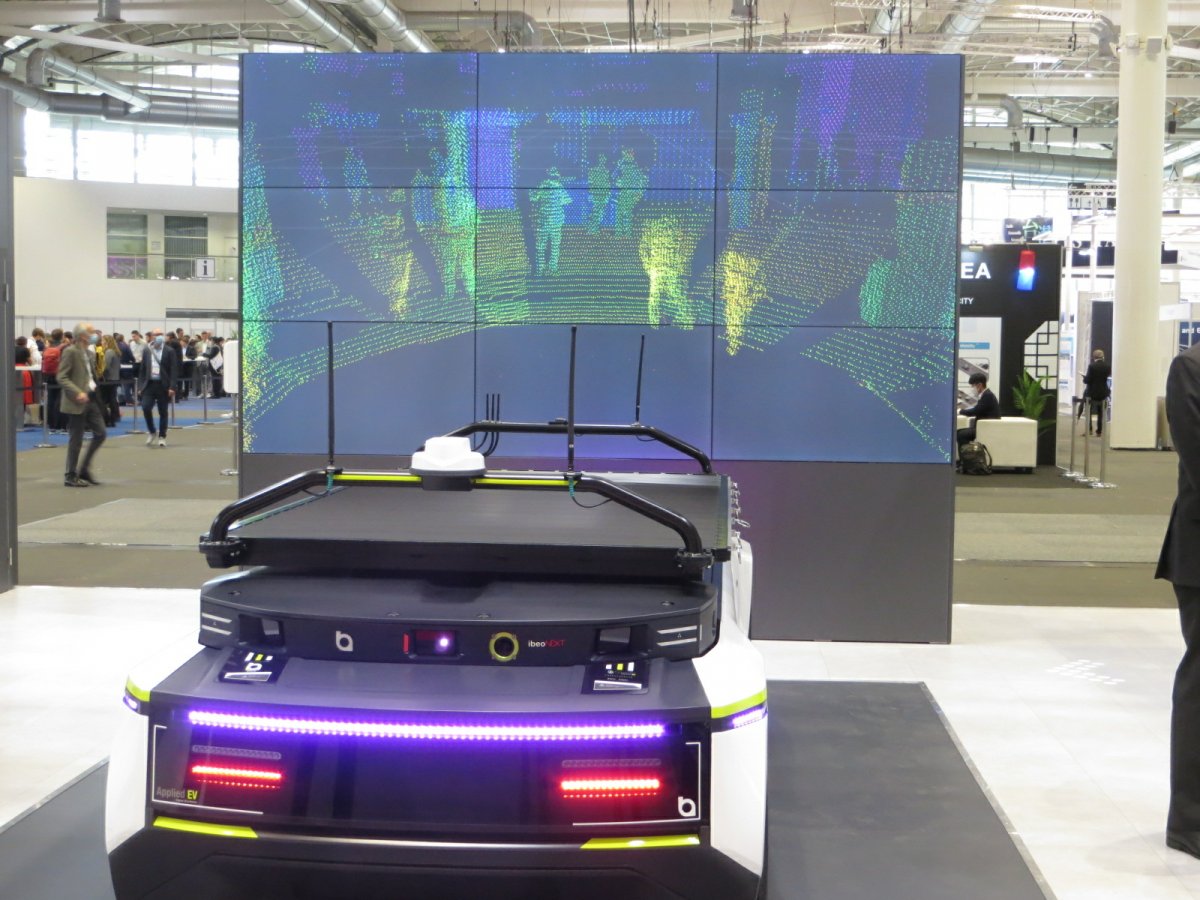 “Experience the future of mobility” is the theme of the 27th ITS World Congress, which is taking place in Hamburg this week. More than 400 exhibitors show how they imagine future mobility. The exhibition is also open to the public on Thursday and admission is free.

If you stroll through the exhibition halls and listen to one or the other lecture, you will quickly understand what is primarily understood here by intelligent transport systems (which the abbreviation ITS stands for): more traffic, faster traffic. All of this, of course, motorized and digitally networked.

In these concepts, pedestrians only appear as VRUs (Vulnerable Road Users), i.e. as vulnerable road users. Put more clearly as a disruptive factor. You will look in vain for a stand of the pedestrian lobby Fuss eV as well as one of the ADFC (General German Bicycle Club) cycling lobby. Before the event, the Hamburg regional association of the ADFC criticized the fact that carless drivers should be preferred to driverless cars.

But pedestrians are economically unattractive; also ideas to reduce motorized traffic in general instead of accelerating it further. Cyclists are more likely to be accepted, especially if they use e-bikes and connect to the communication network that is supposed to make traffic more efficient and safer. Attached to the handlebars, the smartphone shows the way, warns of approaching vehicles – and automatically activates the emergency call if a crash does occur despite V2X communication.

Cars at the ITS World Congress 2021

Cars dominate the ITS Congress …

In particular, the new 5G mobile communications standard is intended to ensure more precise and faster self-localization, as was shown during a tour of the 5G Automotive Association. In the future, it is conceivable that an e-bike will automatically activate the brakes in the event of an impending collision, said Andreas Schaller from Bosch on this occasion.

The focus of the event is of course on cars of all sizes, rail vehicles and drones, drones, drones. A heavy-lift drone from the manufacturer Volocopter completed its first public test flight here.

Andreas Perotti from the Chinese competitor eHang explained in a lecture that more than 100 flying taxis of the type eHang 216 are already in operation. The company expects general approval for Chinese airspace in six to eight months. Matthias Gronstedt from Hamburger Hafen und Logistik AG reported on the development of a drone control center from which flying robots for system inspections, intralogistics and monitoring tasks are to be controlled.

All of this should make traffic more efficient and fluid. The fact that it increases overall is taken for granted, inevitable and apparently even desired. Above all, it is this unbroken focus on unlimited growth that makes the ITS World Congress look anything but sustainable. On the contrary, most of the concepts presented here look backwards in a downright terrifying way.