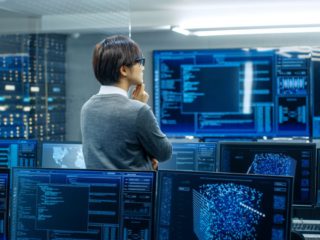 As part of GrafanaCONline, Grafana Labs has published a new major release of its visualization and monitoring tool. Grafana 8.0 comes up with a number of innovations, including a comprehensively redesigned alerting system, expanded visualization options, library panels that can be reused and access control that can be configured in detail. The streaming in real time, which was initially introduced as a preview in version 7.4, offers additional functions for IoT and IIot applications after the current update.

What began with a revised interface for alarm messages in Grafana Cloud in the style of Prometheus is now fully available to Grafana 8.0 users with the new alerting system. The Grafana team is thus fulfilling long-cherished requests from the community. Alarm messages from Prometheus and Grafana can now be viewed and edited via a common interface, so that overarching alerting rules can also be managed for all data sources – including the Cortex monitoring tool and the Loki logging tool. In addition, a new comprehensive API is available. Alarm messages are now decoupled from the dashboards, and Grafana users can use multi-dimensional alarms and set up notification guidelines to manage large amounts of messages.

Extended visualization options should help to make various panels more informative. In the State Timeline Panel, for example, the chronological sequence of strings and Booleans can be displayed, and the new value mapping function enables individual colors to be assigned to individual values. A new bar chart panel is available for displaying data that are not available as time series, and Grafana 8.0 now offers a separate display for histograms that were previously only accessible via the graph panel. In addition, library panels can now be used across multiple dashboards. The underlying information is updated automatically in all dashboards.

Real-time applications in IoT and IIoT

Real-time streaming is a fully integrated standard function in the new major release. The Grafana team introduced the real-time streaming capabilities for the first time in version 7.4 in order to open up new areas of application for users in the IoT environment and in particular in the Industrial Internet of Things (IIoT). Live updates can now be sent to the dashboards via websocket connections with the MQTT data sources or via streams from cURL or Telegraf. Alternatively, events can also be managed by posting the metrics to the new live endpoint /api/live/push endpoint Pass it through to the dashboard. The following video gives an impression of the new possibilities.

A summarizing overview of all important changes in the new main version – including more comfortable logging and extended functions for tracing – offers Grafana developer Torkel Ödegaard in his blog post. More details and a complete overview can be found in den Release Notes. Anyone who would like to familiarize themselves interactively with the new version of the tool should use the freely accessible one Grafana Play Dashboard recommended.