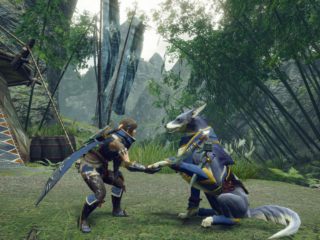 Capcom has confirmed that the physical distribution and digital sales of Monster Hunter Rise have surpassed the 7 million units worldwide. The video game originally published on Nintendo Switch on March 26, is consolidated as a commercial success and confirms its status as a mass game. Has only needed two months to get it.

The release of version 3.0 has been the second major expansion of free content; including the end of story mode. Throughout this summer we will have new events, missions and content that will be presented soon. Monster Hunter Rise will be released on PC in early 2022.

As on previous occasions, Capcom wants to celebrate the Monster Hunter Rise sales with gifts. This time, users can claim the following objects with the call Pack de Kamura 3. To get these objects, it is enough to have an Internet connection, have the game updated and go to the Kamura Village; specifically in the position of Messenger Felyne. In section Additional content we will have this gift.

Monster Hunter Rise is available exclusively for Nintendo Switch in physical and digital format; at the beginning of 2022 it will have its own version for the computer.