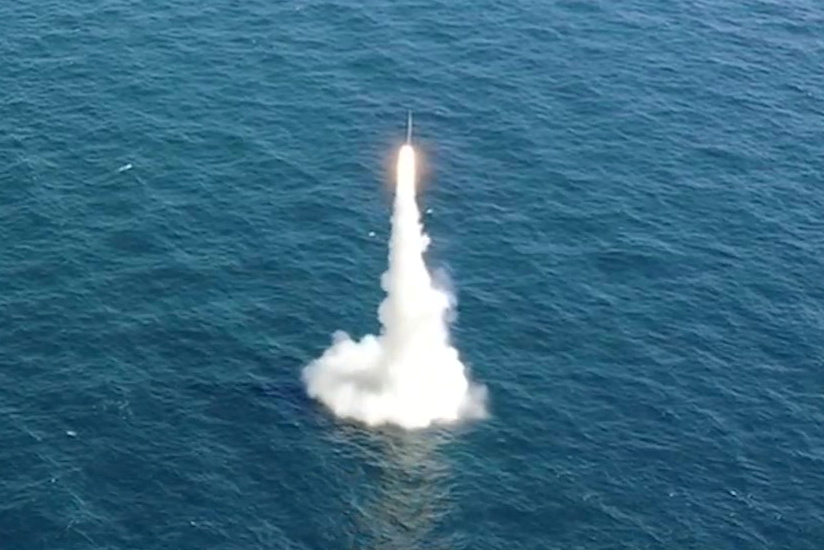 More ammunition in a rearming Asia

The new strategic defense alliance between the United States, the United Kingdom and Australia, a move that may change the course of the intense geostrategic chess game between Washington and Beijing in Asia, has unleashed the fury of China. The voices of the leaders of the new Aukus had barely died down after announcing the pact when the Government of Xi Jinping was already shouting in the sky. The agreement, he warned, could precipitate “an arms race.” But the vast region that encompasses the Indian Ocean and the Pacific has been rearming for a long time.

This week alone, in the days immediately leading up to the trilateral announcement, North Korea has fired two long-range ballistic missiles and one cruise missile in Asian waters. South Korea has successfully tested launching a missile from one of its self-made submarines, a milestone in its military capabilities. The government in Taiwan has proposed an extra budget line worth billions of euros for the development and acquisition of new weapons, including cruise missiles and warships. Some of the world’s most cutting-edge missiles are being developed in this region.

Last year Asia and Oceania invested 528,000 million dollars (about 450,187 million euros) in the endowment for their armies, according to data compiled by the Stockholm International Place Research Institute (SIPRI). A sum that represented an increase of 2.5% over the previous year, and below the 801,000 million dollars spent in North America, but close to 40% more than the total of the items on the European continent.

To a large extent, this growth, in line with a steady increase over the past two decades, has been driven by vast Chinese investment in modernizing its armed forces. Beijing’s military spending in 2020, according to SIPRI, was around $ 258 billion. A relatively modest increase from the previous year of 1.9%. But that represents an increase of 76% in a decade.

“China’s spending has grown for 26 consecutive years, the longest uninterrupted string (of military spending growth) of any country in our database,” the Swedish Institute indicates in its annual report. By comparison, although investment by the United States, the country with the largest budget for its armed forces, reached $ 778 billion, an increase of 4.4%, that item has been cut by 10% since 2011.

The Chinese People’s Liberation Army (PLA) has the largest number of troops, some two million soldiers, and the largest fleet in the world, with about 360 ships, and aims to become a fully modernized fighting force by 2027, the centenary of its foundation. It manufactures two new aircraft carriers, which will double the number of these ships it has, develops long-range rockets and competes with the United States in the field of the weapons of the future, from quantum technology to hypersonic missiles.

Along with a greater availability of cash thanks to the economic growth of Asia throughout this century, and ideological reasons in certain cases – the conservative Japanese Prime Minister Shinzo Abe made the strengthening of the Japanese forces one of his priorities until his resignation for reasons a year ago – Beijing’s growing military might has spurred other countries in the region to reinforce their military equipment.

Presenting its extraordinary budget proposal of 240,000 million Taiwanese dollars, or about 9,000 million dollars for the next five years – which will be added to the 474,000 million already foreseen in the budget for 2022 – the Ministry of Defense in Taipei warned this Thursday of the “serious threat” facing from China. Beijing considers the island an inalienable part of its territory and has never renounced force as a path to unification.

China “has continued to invest profusely in its national defense budget, its military force has grown rapidly and it frequently sends planes and ships to invade and harass our waters and airspace,” the Ministry said in a statement. “In view of the serious threats from the enemy, the nation’s armed forces actively participate in the preparation and foundation of our Army, and it is urgent that it achieve rapid and quality production of weapons in a short period of time”, added. Taipei denounces that for about a year China has launched constant incursions of its military aircraft in its aerial identification zone.

This same Friday, and after the budget presentation, the Taiwanese air force intercepted a dozen Chinese planes in its airspace.

In other countries in the region, military spending also seems fueled by suspicion of Chinese power. In addition to its new submarine-launched ballistic missiles (SLBM), South Korea plans to build an aircraft carrier and develop its Hyunmoo-4 missile, with a range of 800 kilometers, an investment more geared towards creating a deterrent against Beijing than to face North Korea.

And, although it was not mentioned by name in the presentation of the Aukus, Beijing and its rise are the objective of the new strategic alliance. “It is impossible to interpret this as anything other than a response to China’s strength,” says Sam Roggeveen of the Australian Lowy Institute on the blog. The Interpreter from your brainstorming lab.

The pact also represents a “significant escalation of the American commitment against that challenge”, in the opinion of that expert. The pact will provide Australia – which will be strengthened as well as a military actor in the region – with technology for the construction of nuclear submarines. But it also includes the collaboration of Washington, London and Canberra in the development of state-of-the-art weapons systems, from artificial intelligence to quantum weapons.

Coming just two weeks after Biden declared war on Afghanistan over, and just eight days before the first Quad summit – the security alliance made up of India, Japan, Australia and the United States – Aukus’ presentation affirms the determination of the Biden Administration to make US allies and partners play in the competition with China, “says Ali Wyne, from the Eurasia Group consultancy, in a note.

For now, and after the first reaction of verbal anger, China has chosen to direct its response to another terrain beyond the military. Hours after the constitution of Aukus, Beijing submitted its formal application for membership in the Comprehensive and Progressive Agreement for the Trans-Pacific Alliance (CPTPP), the pact to create a free trade zone on both sides of the Pacific that He originally led the Barack Obama Administration, but from which Donald Trump withdrew to the United States in 2017.

The Beijing initiative, in Wyne’s view, points out that China “views the lack of a trade strategy in the United States as perhaps the Achilles heel in Washington’s efforts to compete with China in the Indo-Pacific and beyond.”