More than 50 days without Anna and Olivia: What about the two girls kidnapped by their father in Spain? 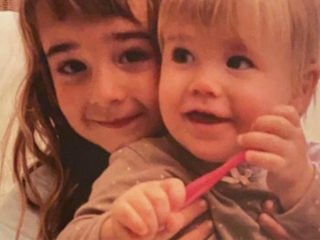 Since Tomás Gimeno, 37, disappeared on April 27 in Tenerife, Spain, with his two daughters Anna and Olivia, aged one and six, no trace of the girls has been found, although investigators have found some clues that They contribute to the formulation of hypotheses about what happened.

The father took his daughters at 5:30 p.m. that day, but did not return them to their mother hours later as they had agreed. He disappeared with the little girls after threatening the mother over the phone, assuring that I would never see him or the minors again.

The search has focused on tracking the maritime area around the island of Tenerife where he was last seen while going out to sea with his small boat, which was found adrift with traces of blood, but without hints of the small ones.

So many dreams to live my Oli, so much to share together with your sister Anna, the three of you together. Now my only dream is that we are together and that whatever the future awaits us, nothing separates us. #bringbackhomeannaandolivia#disappeared#family#annayoliviapic.twitter.com/UK5XJ2MCUy

The last discovery this week was a oxygen tank of diving tied to a quilt that belong to Gimeno found by the oceanographic vessel Ángeles Alvariño in the bottom of the sea.

Investigators believe it would have weighed down lumps

The Civil Guard is considering the possibility that the man would have used the cylinder and the blanket to weigh packages. Now, the search is focused on finding the eight-kilo lead belt and the anchor that Gimeno carried in the boat next to the oxygen tank.

Investigators believe that Gimeno prepared several ballasts to throw his daughters to the bottom of the sea and then jump as well. Experts estimate that he could have thrown a first ballast with the girls on the day of the disappearance between 9:30 p.m. and 11:30 p.m., a period in which he was on the boat before returning to port.

After that, the man communicated with Anna and Olivia’s mother until the battery ran out, so he went to a gas station to charge his mobile phone. After that, he returned to the port, and according to the investigations, at that moment he could have thrown himself into the sea with the eight-kilo lead belt, when his cell phone was suddenly switched off.

The mother thinks that “everything is a theater”

The mother of the minors, Beatriz Zimmerman, thinks that “everything is a theater”, according to an audio that they have released Spanish media. The woman consider that your daughters are fine and that the father took them away, leaving false traces to mislead their escape.

For his part, the family spokesman, Joaquín Amills, has released a paper addressed to Tomás Gimeno himself in which he asks him to return to the girls, because “this could be solved without great damage”. In addition, it encourages the father to contact in order to “take a first step to change everything that was unleashed and perhaps control has been lost.”