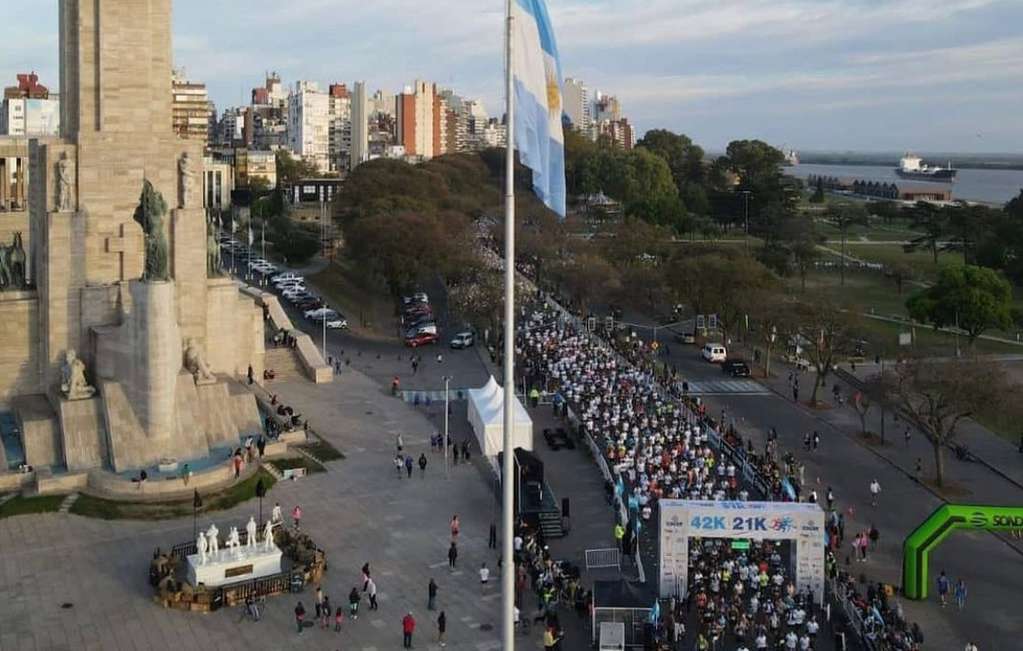 Rosario marked the return of high-volume street racing when the International Flag Marathon, with the participation of more than four thousand runners of all country.

With distances of 42, 21 and 8 kilometers, the main stage of the test was the Monument to the Flag, and had several of the best athletes in the country.

In addition, a rigorous protocol, with measures such as batch starts, wearing face masks before and after running, social distancing or taking a temperature, among other details.

With great effectiveness in the execution of the regulation, this event generates a favorable context for the next races in the rest of the country, among which stands out the Media and the Buenos Aires Marathon, which is scheduled for the October 10th and subtract your official confirmation.

The inspection of the race was in charge of the Rosarina Athletics Association, while the Logistics was made by Sportsfacilities.

In the distance of marathon, the “Tucu” Pedro Gómez and Ludmila Martínez were the best, with marks of 2 hours, 16 minutes and 55 seconds (recorded the circuit record) and 2 hours, 55 minutes, and 23 seconds, respectively.

In the Half marathon was at stake Argentine Championship, which was left in the hands of the Olympic athlete Luis Molina and from the Cordoba Dahyana Juarez.

While, Juarez, which was third in the Mendoza Half Marathon, held in February, crossed the finish line in 1 hour, 18 minutes and 31 seconds, outdoing just for 9 seconds Luján Urrutia from Tandilense. The porteña Karina Fuentealba completed the podium, with 1 hour, 19 minutes and 17 seconds.

Likewise, in the participatory test of 8 kilometers, Juan Dutari and Fiorella Caviglia were the fastest. In men, the winner had a mark of 25 minutes and 1 second, while Daniel Penta arrived half a minute later. Santino Nava qualified third (26.37). In ladies, the FCmax athlete arrived in 31 minutes and 40 seconds, followed by Mariel El Jaber (32.32) and Sofía Vicentín (33).