More than puzzles: games to think and discover a great story 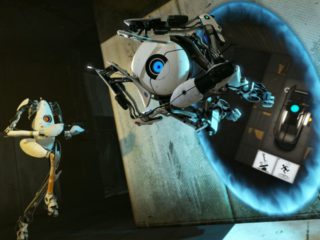 The puzzle genre has gone through periods of greater or lesser popularity, but it has never stopped evolving. From the classic among classics, the Soviet TetrisUntil the last independent titles, players with a taste for turning their heads to solve puzzles or join pieces in one way or another have always had a multitude of proposals to enjoy, but in recent years we have seen how this genre has gone one step further. Different studios are no longer satisfied with putting us face to face with challenges of more or less mental difficulty, but many of them have been able to do it with a very attractive background behind their playable mechanics. We are going to discover some puzzle games, yes, but also with much more to offer:

Catherine It is one of those (blessed) rarities with which he occasionally gives us Atlus, a company whose vocabulary does not include the word “conventional.” In this title we discover the story of Vincent Brooks, a thirty-year-old who will see the relative stability of his life with his girlfriend Katherine threatened by the fear of commitment, infidelity, and many other issues related to the couple, and that in this version he will form a fun love triangle. As for the puzzles, our objective is to scale a succession of blocks located in a certain position which we can move at will, although obviously things get complicated as we move forward, with blocks that will react in different ways … and never in our favor. As a curiosity, there is a certain and surprising competitive scene of the game, especially in Japan.

It may have been somewhat relegated so many years later, but let’s probably talk about the video game that definitely popularized the independent scene. It has been almost 13 years since Jonathan Blow surprised locals and strangers with what was apparently a 2D platform game, but which hid much, much more. For starters, a very different “hero in search of his princess” story, continuing with the presence of collectibles in the form of puzzle pieces with which to complete parts of the story, but above all, its peculiar control mechanics. time, which turned the title into a continuous and highly original puzzle. Still today, practically essential.

It seemed difficult that Valve could top his fun and twisted portal-based puzzle game from 2007, but he did, and in what way, with Portal 2. With a GlaDOS -the antagonist AI- that is already among the most charismatic villains in the history of video games, the company that Gabe Newell commands was able to give several turns of the screw to the fun formula that they created four years before, in addition to giving it of one more layer of narrative depth. Not happy with that, they also included a solid cooperative mode for two players, with a plot exclusively created for it, and would have two DLC released after its original arrival in stores: Sixense Motion Pack and Peer Review, this second for its mode. cooperative. The splendid 95 in Metacritic speaks volumes about the quality of this contemporary puzzle classic.

The controversial -and disappeared- Phil Fish made a name for itself in the independent industry thanks to an absolutely great game like Fez, in which from a 2D a priori perspective, for its simplest mechanics -such as jumping or climbing-, we switched to a 3D one to solve related puzzles with the environment and precisely, the perspectives. The objective of the game is to find the 32 cubes scattered around the stage, something that is only possible with the “manipulation” of the environment, something that we put in quotation marks because it is not the stage that we control, but, as we said before, the points of view, whose changes allow us to perform previously impossible actions. Interestingly, the development of Fez made Fish one of the protagonists of the documentary Indie Game: The Movie, together with the creators of Super Meat Boy, among others. Later, and after the cancellation of its sequel, Fish announced his definitive withdrawal from the video game industry.

Again we have to mention Jonathan Blow, since the North American creator would pull out of his sleeve a new and fantastic puzzle title set, this time on an island where we seem to be the only ones present. Throughout it dozens of puzzles are gathered in the form mostly of mazes -although there is more variety-, in which Blow shows all his inventiveness, while putting that of the player to the test, since It leaves absolutely nothing like instructions for solving all these puzzles. Rather, the player’s ability to observe is the primary virtue of the player to be able to advance in an extensive game and whose artistic section adorns a most attractive proposal for fans of the genre.

Here we cannot speak only of a game, since this veteran saga born in 2007 has led to almost ten installments, the last one being Layton’s Mysterious Journey: Katrielle and the Millionaires’ Conspiracy, which appeared 4 years ago in Nintendo Switch. The visual appeal inherent in the work of Level 5 joins here a very varied development in which to talk with different NPCs, explore and investigate environments and of course, solve puzzles of various kinds. Undoubtedly the main duo, Layton and his disciple Luke Triton pays tribute to one of the most popular detectives in history, such as Sherlock Holmes -also the protagonist of investigative video games-, and curiously he starred in a fun crossover with Ace Attorney released in 2014 in a collaboration between Level 5 and Capcom.

As incredible as it may seem, the same team that created several installments of the thug FPS Serious Sam was the one who brought us The Talos Principle, a game with more than 100 puzzles and about 20 hours long that also offers a peculiar story told through computers. This plot is also really dense, so it is appreciated the work of translation, localization, and even dubbing into Spanish, of this small Croatian studio called Croteam, who knew how to add music very much in line with the genre to complete a truly outstanding sound section. The Talos Principle combines an original gameplay in the genre, with puzzles at a very tight point of challenge without being frustrating, with surprising freedom for the player, who can solve them practically in the order they want, and thus avoid getting stuck in one in concrete. One of the great surprises of the past generation, and not only in the puzzle genre.