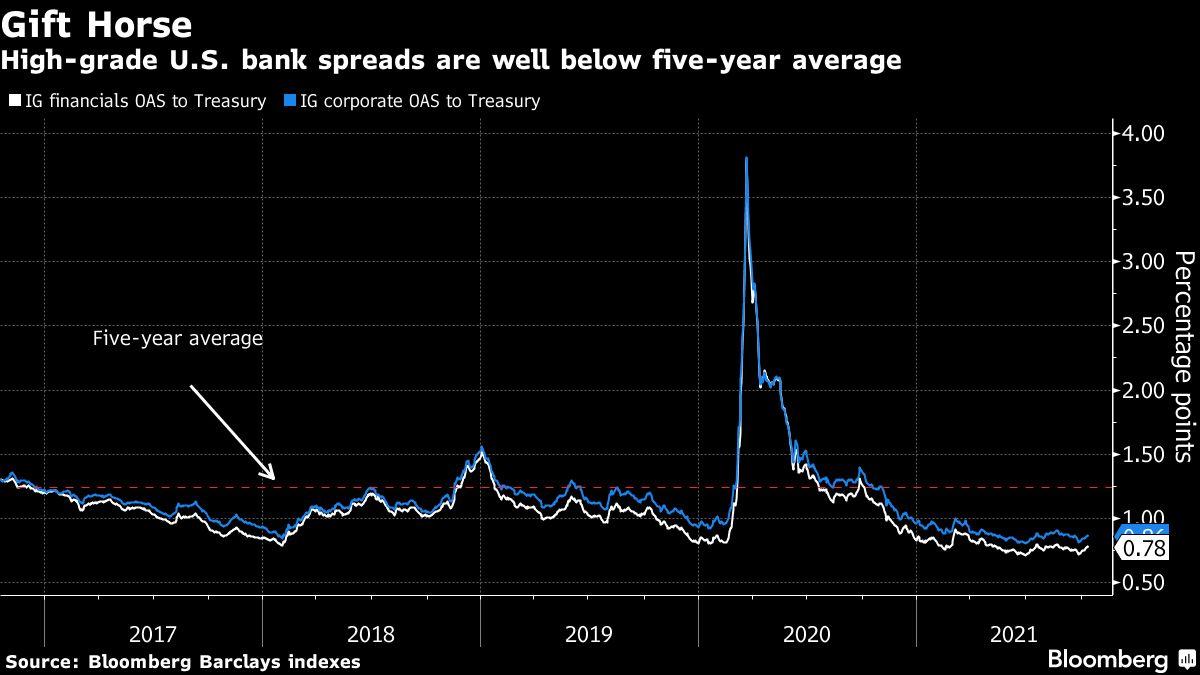 (Bloomberg) – Morgan Stanley is the first major Wall Street bank to enter into a new bond deal after reporting its third-quarter results, setting the stage for other banks to follow suit.

The bank is borrowing $ 5 billion in a two-tranche bond sale on Thursday, according to a person with knowledge of the matter. The longest maturity, an 11-year tranche, yields 1 percentage point above Treasuries, after initial discussions of a yield of about 1.15 percentage points, said the person, who asked not to be identified because the details are confidential.

A barrage of US bank earnings reports heralds a slew of financial sector bond issues before borrowing costs skyrocket. Yields on 10-year Treasuries this week hit their highest level since the middle of the year. Bond placement occurs when risk premiums in the corporate debt market remain low, increasing the attractiveness for issuers.

Morgan Stanley’s investment bank posted its best quarter ever, boosted by the closing of deals. The division raised $ 2.85 billion in the third quarter, a 67% increase that beat analyst estimates and helped drive company-wide profitability.