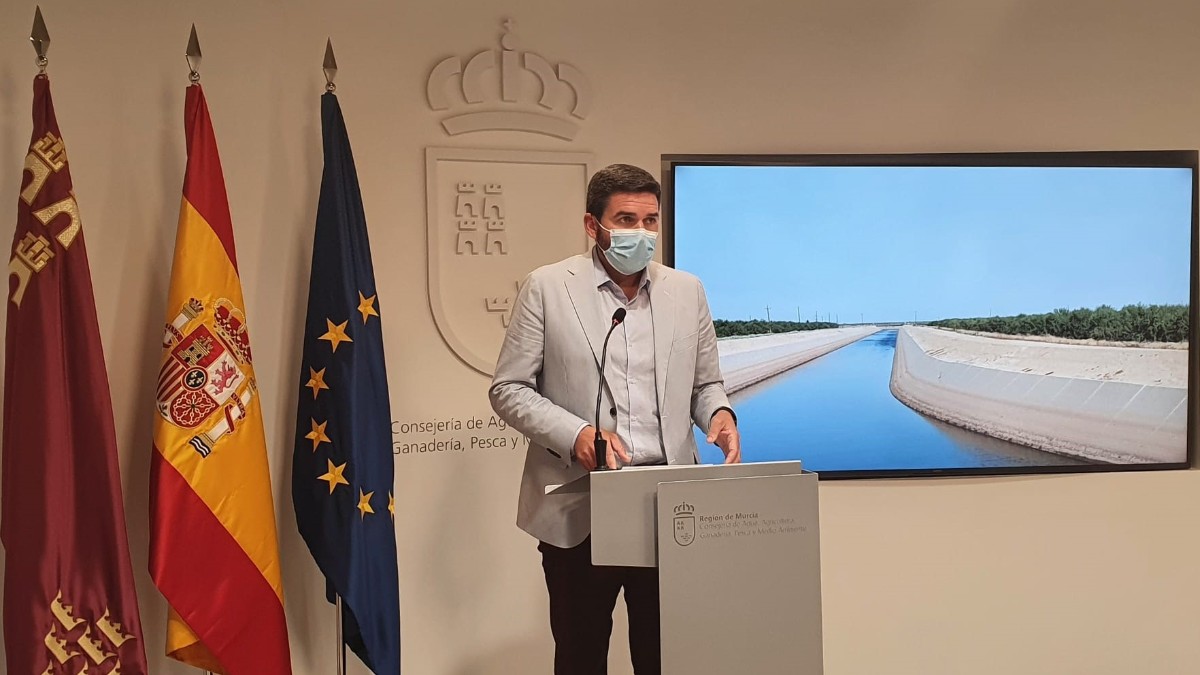 The regional government has denounced this Monday afternoon “the cut of 80 cubic hectometres per year of the Tajo-Segura transfer that the Government of Spain announced this morning within the new Hydrological Plans 2022-2027, which will mean, at least, a decrease in the volume transferred 27 per cent. “

This has been announced by the Minister of Water, Agriculture, Livestock, Fisheries and the Environment, Antonio Luengo, who explained that “this progressive measure means that the partisan decision of the Government of Spain will reduce one out of every four liters of water that currently reaches the Levant, thereby consuming the threat that we have been denouncing for some time.”

«And all this, wrapped in a darkness and an unprecedented lack of consensus, since the Ministry has not been able to share the document with the autonomous communities involved, “explained Luengo. To this, he has added the modification of the regenerative flow of the Tagus, “which will mean a new cut that is not quantified either, since they have not informed us of the volume that will be used in this measure aimed at maintaining the river bank.”

Luengo has added that «there is no real solution to the problem of contamination of the Tagus river, since the Ministry has ignored other actions to improve the good state of the body of water such as the recovery of river morphology, the elimination of specific discharges and the reduction of diffuse pollution.

Similarly, it has shown that «The Region of Murcia will be doubly aggrieved since neither it will benefit from aid in the matter of purification and sanitation, which harm the communities that do scrupulously comply with European directives. Therefore, the only thing that Minister Ribera announced today, the aid, have not served to clarify anything to the Region of Murcia.

The counselor has continued to warn that “the Government of Spain is sending a very dangerous message to the national and international markets, which see how their main source of supply is in danger.”Therefore, “they should think about the serious damage they cause to the agricultural sector that has to plan its harvests with the uncertainty to which they are led.”

“Our farmers do not know how much water they will have to produce, nor do they know how much they will be able to produce and, therefore, export to other countries,” he stressed, “with the consequent job uncertainty in the thousands of workers in the field, since consumers could begin to demand fruit and vegetables from other markets due to the insecurity to which the Levante is subjected, with which the deterioration of employment in the area could be faster than the decrease in water, “concluded the adviser.

The counselor recalled that the closure of the aqueduct would mean the loss of almost 45,000 direct jobs, 1,700 million euros of Gross Domestic Product (GDP) regional and the disappearance of 59 percent of the agricultural sector of the Region of Murcia. To the consequences in terms of employment would be added, in addition, the effects in the agri-food industry and in the processing industry.

These are some of the conclusions of the study ‘Estimation of the economic impact of water from the Tajo-Segura Transfer for irrigation in the Region of Murcia’, prepared by the College of Economists, the University of Murcia and IMIDA.