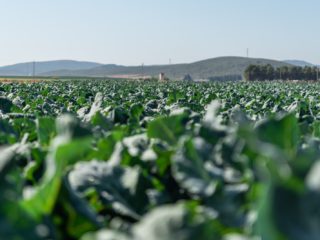 The Water and its sustainable and efficient management are fundamental elements for the life development, caring for the planet and socioeconomic development of the world. Such is the importance that water management is always present in all sustainability plans established at an international level by international organizations such as the UN and its Sustainable Development Goals (SDG) by 2030, as well as at the national level by the central governments and, in the case of Spain, also at the regional level.

In this sense, it is worth highlighting the water management that they do in the Murcia region, one of the areas of our country richest in agriculture, is even known as ‘The Garden of Europe’. This Community, it should be remembered, has the problem of structural water shortage and an environment that is very sensitive to any change resulting from the advance of desertification, therefore, specialists and technicians are aware that it is essential to carry out actions that protect this delicate balance and, furthermore, encourage the correct use of this rare commodity in order to take advantage of every last drop of water.

The water management policy of the Region of Murcia, specifically, is based on guaranteeing its availability and quality, on the efficient and sustainable management of this precious resource, as well as on the enhancement of regeneration and reuse, in obtaining new resources and also in the modernization of irrigation, in the promotion of investigation and in the incorporation of new technologies.

It is that in the Region of Murcia water is key to development both social and economic in the region, since agriculture is a strategic sector by generating employment, boosting the economy of the area and, in line with the international commitment around sustainability, caring for the environment and promote rural development.

The agricultural sector, in figures 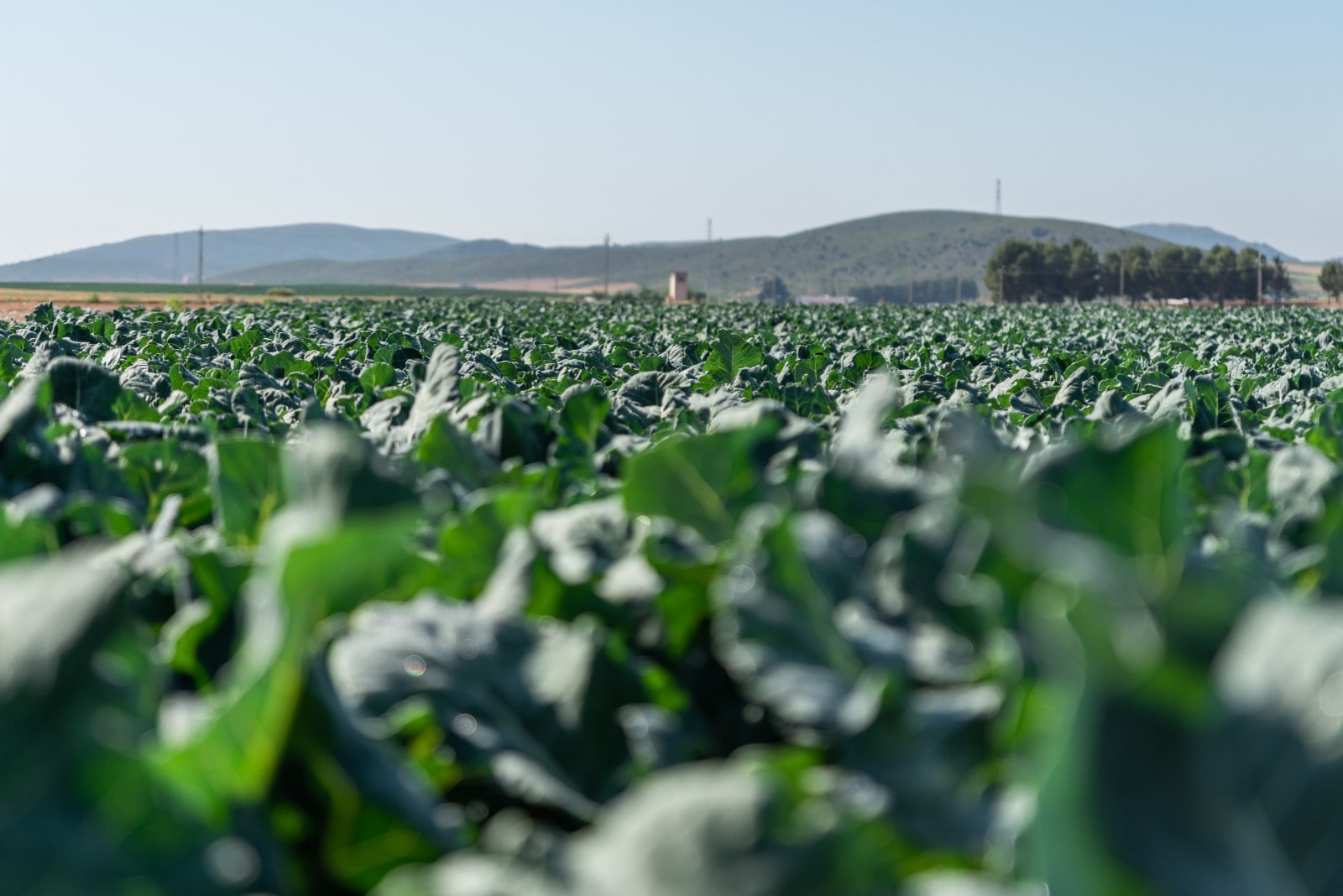 Specifically, and according to figures from the Government of the Region of Murcia, the Murcian agricultural sector represents the 4,7% del PIB regional, compared to 2.6% in Spain, representing nearly double the national average. A figure that also rises to 20% if we include the agri-food industry, directly linked to agriculture. This means that 1 in every 5 euros of the Murcian economy depends directly on the existence of water.

The regional production of vegetables and fruits is close to the 3.6 million tons and, as a whole, the global turnover of all fresh fruit and vegetable products is located, according to campaigns, around the 3,000 million euros per year. 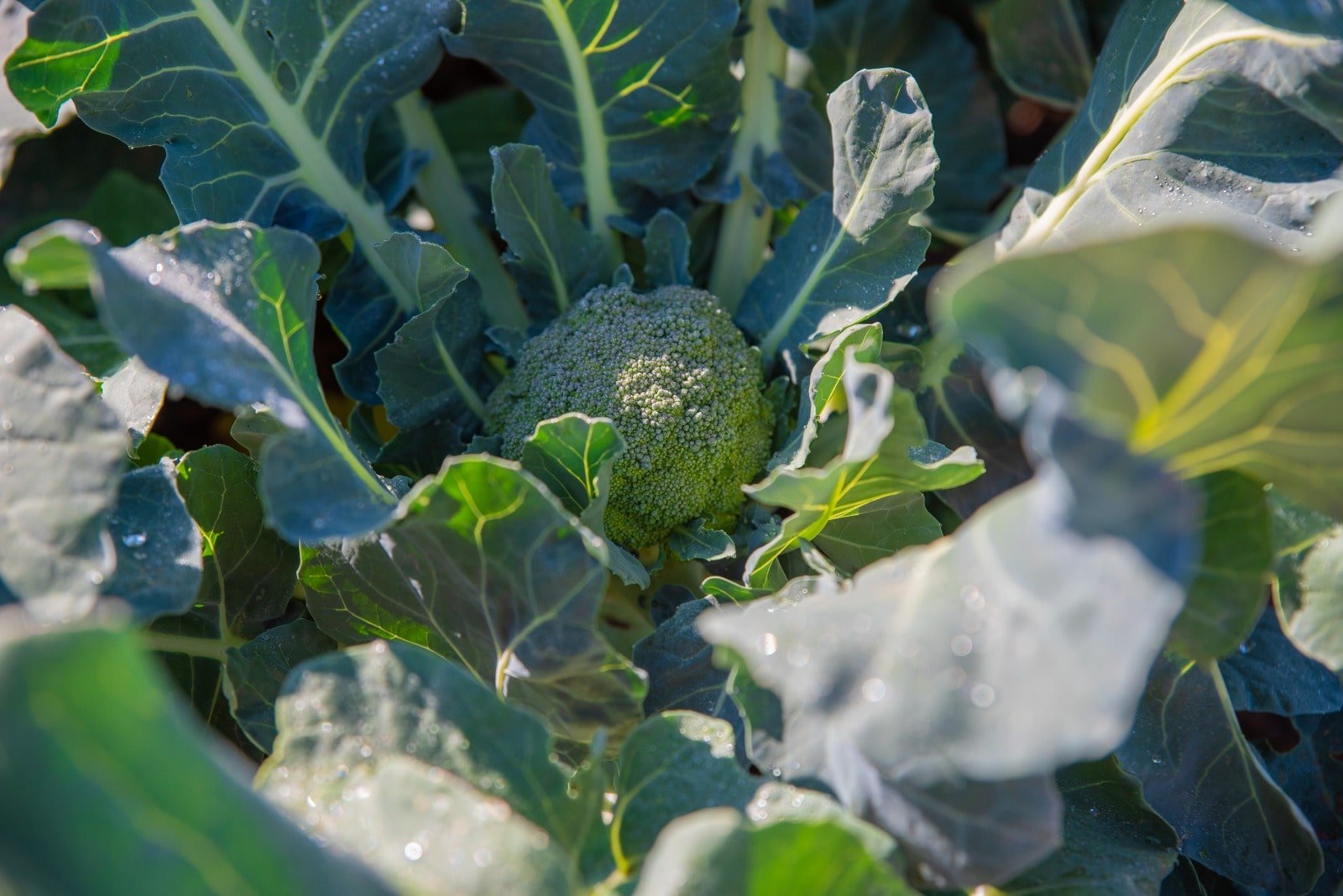 A commitment to a more sustainable agriculture that is possible, among other aspects, thanks to the investment to achieve a modern and competitive agriculture based on the optimization of scarce water resources. It also has the most technified irrigation in Europe, as well as a world-class avant-garde agriculture.

To do this, the Government led by Fernando López Miras promotes the sustainability of agricultural activity and the maximum use of water, one of the most precious assets by its irrigators, because, it should be noted, in Murcia it only consumes 3.4% of irrigated water in Spain and export about 25% of fruit and vegetables in Spain.

The Government of Murcia has also promoted a strategy for improvement, modernization and consolidation of irrigation which is based on flow regulation, reducing water losses in storage, transportation and distribution, as well as the control of volumes of water consumed by each irrigation and automation. In addition, it also contemplates the implementation of irrigation systems with high efficiency in the use of water through localized irrigation and the reclaimed water reuse to consolidate irrigation.

In recent years, in addition, it is betting on a greater sustainability of irrigated agriculture. To do this, Murcia is promoting the reduction of greenhouse gas emissions by improving energy efficiency and generating renewable energy to supply irrigation infrastructures, which also implies a significant reduction in energy costs associated with this activity and, therefore, a higher profitability for this sector. 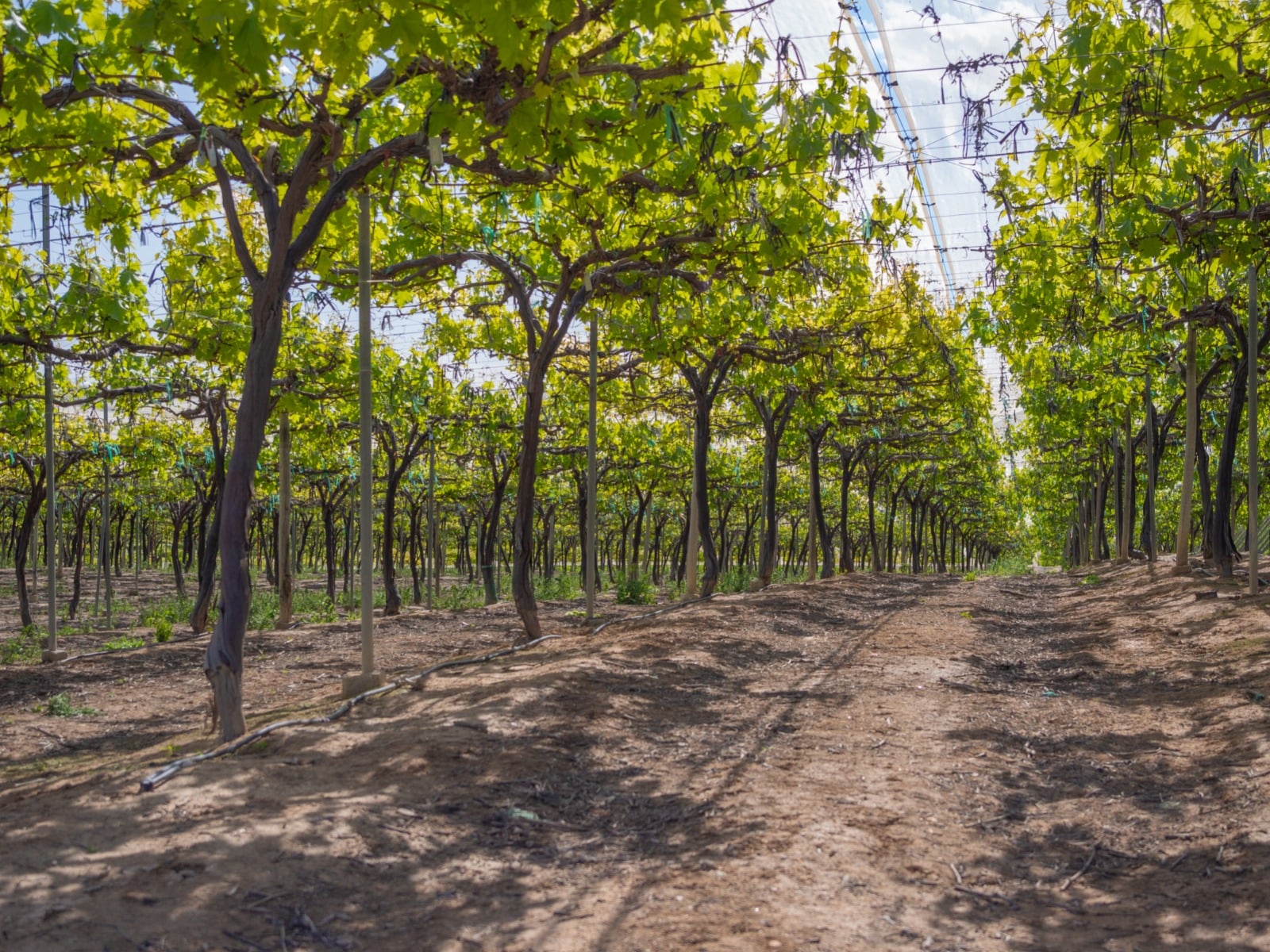 To make it possible, between the period 1990-2021 they have invested a total of 495 million euros, between own and co-financed funds, through 120 groups, mainly irrigation communities, which are the ones that distribute water to more than 70% of the regional irrigation surface. This has made it possible to act on a surface of 135,000 hectares, installing localized irrigation in more than 125,000 of this surface, 84% of the irrigable surface managed by these corporations in Murcia.

From the Government of López Miras, in addition, they have set as objectives for future actions to continue with the improvement of efficiency in the use of water and energy, promote the use of renewable energy sources and encourage the use of information and communication technologies in agriculture.

Also, in the same strategy, an increase in the environmental sustainability irrigation with soil conservation techniques, further expand precision agriculture and promote the redisation of underfunded irrigation, through the reuse of reclaimed water and the capture and use of rainwater. All this, in addition, will allow circular economy projects that promote rural development and the roots of the population in the territory.

Putting the brakes on climate change

Also, through this strategy and investment, there will be numerous projects in Murcia in order to stop the advance of the climate change through the optimization of water and energy resources.

Noteworthy, for example, is the agrarian transfer and demonstration center ‘The looker’, of which great results have been achieved in terms of saving water, highlighting 63% in celery cultivation, 32% in outdoor pepper cultivation, 51% in greenhouse California pepper, 56% in Galia and Cantaloup melon cultivation, and 14% in potato cultivation .

In addition, this new project, called POLY-AGUA, decreases the water flow, reducing evaporation and increasing water retention, thanks to the materials used, which represents a new advance that is now becoming available to farmers.

Also, and in order to guarantee sustainability and respect for the environment with the development of agricultural activity, the regional regulations go further and require farmers in certain areas as well as in the surroundings of the Mar Menor, the obligation to install humidity sensors, tensiometers or any other device, as well as their systematic use in the irrigation scheduling which supports efficient water management in the entire soil profile affected by irrigation.

In addition, irrigated agricultural holdings in said environment must have devices for measuring the volume of irrigation water applied by sector, and with monitoring by sensors of the matrix potential of the water in the soil, in addition to sensor monitoring systems, control and monitoring of mineral fertilization, carried out through irrigation. 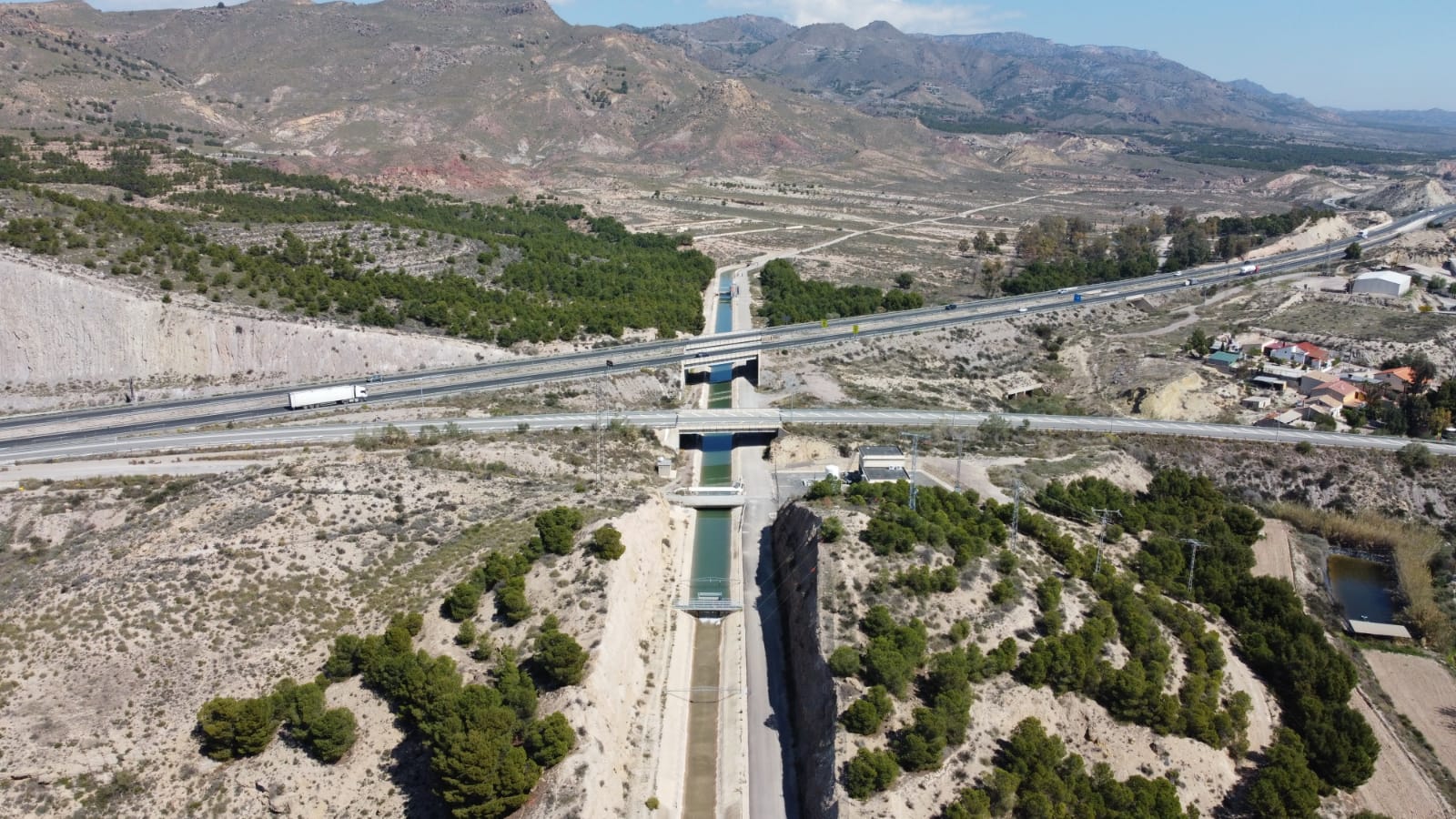 From the Government of Murcia, in addition, they have been making an effort for years in terms of purification and reuse of waterThis is used, above all, for agricultural irrigation at the service of farmers.

To this end, they have been carrying out some very ambitious strategies in terms of water sustainability for more than two decades and have devoted enormous efforts to the development of an important park of treatment plants throughout the territory. Specifically, it has 99 treatment plants that serve the 99.3% of the population and that they obtain water of excellent quality with efficiency parameters well above those required in the regulations.

With an average of about 110 hm3 per year of wastewater treated and regenerated throughout the territory, waters that, almost in more than a 95%, puts the autonomous government at the disposal of the communities of irrigators and small farmers for agricultural irrigation. In fact, it represents 15% of the total that is used for irrigation of the regional agriculture, assuming an example of circular economy.

To achieve this important infrastructure, the Murcian Executive has invested more than 630 million euros and, thanks to this, it has made Murcia a benchmark in purification matters and, above all, in the field of reuse, since it is the region with the highest percentage of reused water in Europe.

It is, in short, a need and a commitment that, in addition, allows this region to be a space that contributes from the public stadium to having a positive impact on the planet and about the society for which he works.

Defense of the Tajo-Segura Transfer

The extreme water situation suffered by the Spanish Levant makes external contributions necessary, such as those from the Tajo-Segura Transfer, an infrastructure that will be in operation for 42 years in 2021 and that has allowed the provinces of Murcia, Alicante and Almería.

Thanks to the transfer they are watered 55 million trees and more than 110,000 people work directly, a production is generated in the Region close to 1,800 million euros and it is allowed to face the advance of desertification.

That is why the Government of López Miras has been defending farmers and irrigators against the threat of the Government of Spain to cut the Transfer by modifying the current rules that govern its operation, which would mean total economic losses for the Region of Murcia would be equivalent to the sudden disappearance of 60% of the regional agricultural sector and the 8.4% of total employment in the Region, falling back to employment levels of 6 years ago in the midst of the crisis.