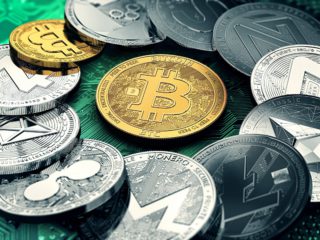 Electric car manufacturer Tesla could well resume acceptance of the cryptocurrency Bitcoin, boss Elon Musk announced in a tweet. The condition for this is that at least 50 percent of the electricity used for mining comes from “clean” sources. Tesla initially announced in March that it would accept Bitcoin payments, but withdrew it in May due to environmental concerns. Bitcoin mining has long been criticized for its carbon footprint, because it is estimated that miners often use cheap coal-based electricity.

Musk also protested in his tweet against allegations that he was manipulating the crypto money markets with his behavior. One Article on the Cointelegraph page, in which statements of the South African entrepreneur and billionaire Magda Wierzycka against Musk are reproduced, he dismissed as “inapplicable”. Wierzycka stated in an interviewthat Musk had driven up the price of Bitcoin with his social media messages so that Tesla could sell part of its crypto investment at a profit. If it had been a company’s share, it would have long since been targeted and punished by the US Securities and Exchange Commission, according to Wierzycka.

Bitcoin is picking up again

Musk, on the other hand, said Tesla had sold 10 percent of its Bitcoin balance. It was simply a matter of proving that Bitcoin can easily be turned into money without moving the market. In total, Tesla bought bitcoins for $ 1.5 billion, as it became known in March. In the first fiscal quarter of 2021, the company had already sold almost $ 300 million worth of bitcoins again and, according to its own statements, earned around $ 100 million – almost a quarter of Tesla’s profit in the quarter.

Whether it’s causality or just correlation – prices on the crypto markets increased again after Musk’s tweet. Bitcoin in particular was able to gain around 10 percent after the recent mixed price development and is currently over 39,000 US dollars.

Aside from Musk’s tweets, news that the Bitcoin network may have spurred the markets as well sufficient approval for the long awaited tap root update was signaled. That as Soft fork update compatible with older clients should now become active in mid-November, when block 709.632 is reached. Changed transaction scripts and the introduction of Schnorr signatures should improve the protection of privacy with Bitcoin and make more complex smart contracts easier to implement.