N.Zelanda approves the flights of the Boeing 737 MAX, immobilized after the accidents 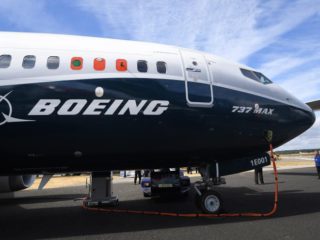 Sydney (Australia), Jun 24 (EFE) .- The New Zealand authorities announced this Thursday that they will allow the airline Fiji Airways to resume its flights to New Zealand destinations operated with the Boeing 737 MAX aircraft model, which was immobilized in 2019 by several countries following two accidents, in Indonesia and Ethiopia.

“We have comprehensively and independently reviewed the work done by Fiji Airways to bring its 737 MAX aircraft back into service and we are confident that these aircraft will be safe to operate again,” said David Harrison, Deputy Executive Director of the Civil Aviation Authority. New Zealand.

The measure affects two of the five 737 MAX 8 aircraft operated by the Fiji airline, according to a statement from the New Zealand agency.

Harrison clarified that a date has not yet been set for the air movements of these aircraft between Fiji and New Zealand, due to the closure of borders due to the covid-19 pandemic.

More than a hundred countries banned flights or immobilized their fleets of Boeing 737 MAX 8 aircraft, after two fatal accidents suffered by these aircraft, one in October 2018 in Indonesia and another in March 2019 in Ethiopia, which resulted in the death of a total of 346 people.

The bans generated a crisis at Boeing, which announced in April last year that it was going to reduce production of several of its commercial aviation models, including the crashed 737 MAX, after this US company reported losses of $ 628 million in the first quarter of 2020 due to the pandemic.