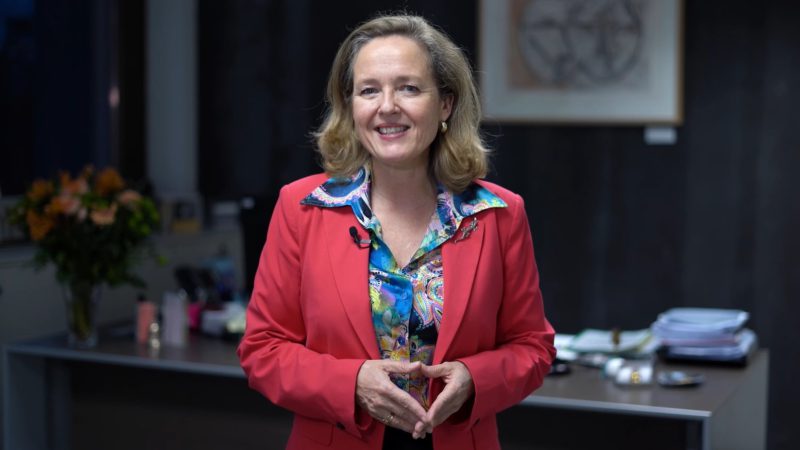 The Prime Vice President and Minister of Economic Affairs and Digital Transformation, Nadia Calvin, has been designated this Tuesday as the European candidate to preside over the International Monetary and Financial Committee (IMFC), which advises and reports to the Board of Governors of the International Monetary Fund (IMF), providing strategic guidance to the work and policies of this body.

It is a position compatible with the functions of the Vice President and Minister of Economic Affairs and Digital Transformation, to which she opts for a period of two years. Calviño has become a European candidate by unanimous decision of the Ministers of Economy and Finance of the European Union (ECOFIN), who, after a consultation process, have agreed to propose her to succeed the Swedish Magdalena Andersson, who leaves the post after her appointment as Prime Minister of the country, before the end of her term. With her election, the Vice President would complete this mandate.

Once the candidacy has been announced by ECOFIN, the process will culminate in the coming weeks after a period of consultations within the executive board of the International Monetary Fund. The IMFC meets twice a year, during IMF Spring and Annual Meetings and the world Bank. The Committee advises and reports to the IMF’s Board of Governors on the supervision and management of the international monetary and financial system, and its discussions and conclusions guide the IMF’s work program.

It has 24 members, which represent the Governors of the IMF member countries and among which are the Ministers of the main world economies. Calviño would be the first Spanish Minister and the second woman to chair this Committee.