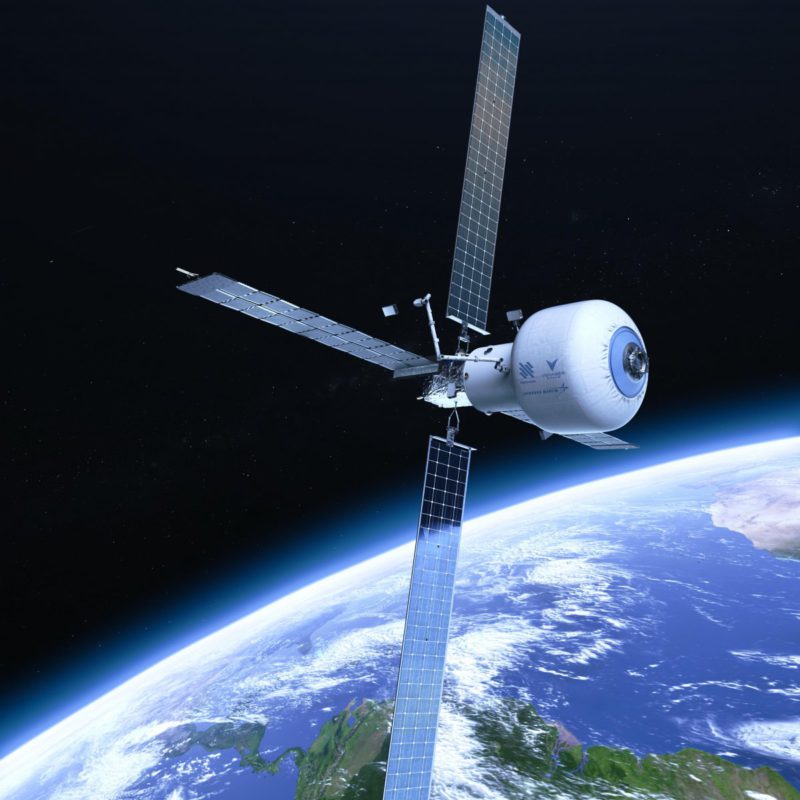 NASA has awarded orders to three companies to develop a space station that will one day follow the ISS. In total, this phase of the projects involves around 416 million US dollars (369 million euros) for Blue Origin by Jeff Bezos, Northrop Grumman and Nanoracks. The latter receives $ 160 million, $ 126 million goes to the armaments company Northrop Grumman and $ 130 million to Jeff Bezos’ space company. NASA’s goal is therefore to have an uninterrupted presence in low earth orbit even after the foreseeable end of the ISS. The privately developed and operated space stations should also be open to government customers.

A business park in space

The allocation of the funds is now the first of two planned steps to prepare a “seamless transition” of the activities from the ISS to private space stations, explains NASA. By 2025, the three companies are to use the money to develop concepts for space stations in low earth orbit that can be used commercially and by the state in collaboration with NASA. According to CNBC, NASA had received a total of around a dozen suggestions, from which the three were selected. NASA’s money should therefore not cover the development costs, but rather help with the development of economically viable designs. Once one or more of the space stations were up and running, the US space agency would be a paying customer like any other.

Nanoracks is working, among other things, with the armaments company Lockheed Martin on the “Starlab” space station, which is to be brought into space in 2027 with a single rocket. Four people should be able to live there at the same time and have access to four laboratories. The station should be expandable. Blue Origin’s concept is called “Orbital Reef” and is scheduled to start operating in the second half of this decade. A “business park” is planned in space for various usage scenarios. Northrop Grumman, on the other hand, is working on a modular, commercial space station and refers to decades of work for NASA. Laboratories and modules should be able to be docked to the station, which has not yet been named.

NASA would like to be able to send at least two people to the space stations at any time and pay for them in the same way as other customers. CNBC Sea she hopes to save $ 1 billion annually. The resources freed up in this way are to be used for the planned missions to the moon and Mars. The cash commitment is good news for Blue Origin after the company last took NASA to court for another deal. The company of Jeff Bezos had failed, according to NASA, the return to the moon is delayed because of this.