NASA: New software for finding the most dangerous asteroids 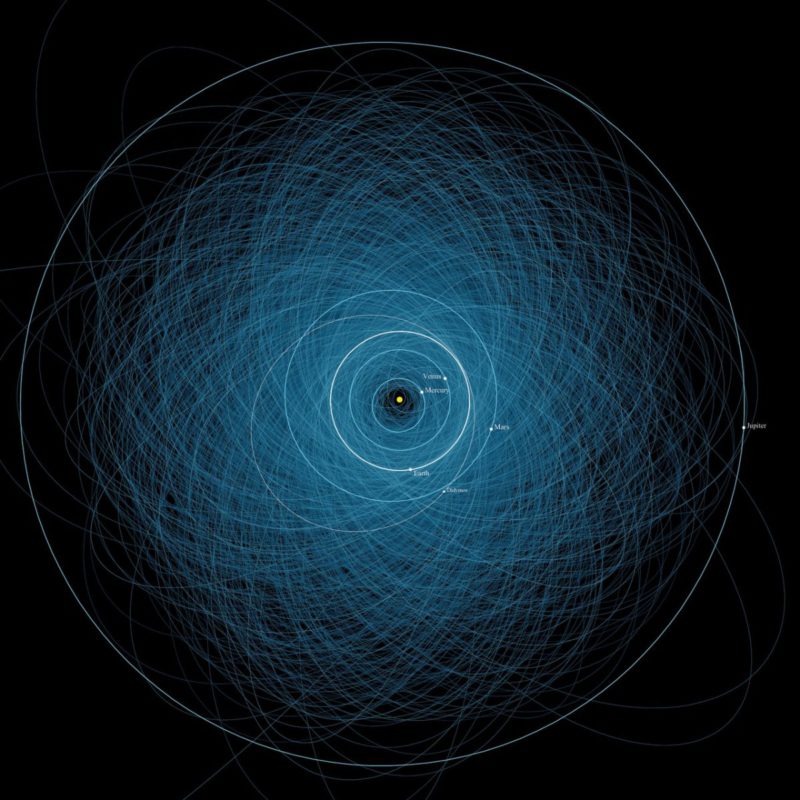 After almost 20 years, NASA has renewed its system for monitoring potentially dangerous celestial bodies. Sentry-II is now following Sentry-II, announced the Center for Near Earth Object Studies (CNEOS) of the US Space Agency. The new software should not only determine the impact probabilities for asteroids and other potentially dangerous objects much faster. It also covers special cases that the predecessor did not automatically analyze.

The CNEOS publishes the reports on the objects that are considered to be the most dangerous in each case on a special page. The top spot there is a seven-meter-tall lump that could fall to earth at the turn of the next century. The most dangerous are the asteroids Bennu and 1950 DA.

The Center for Near Earth Object Studies calculates the orbits of all known near-earth asteroids for NASA, i.e. those celestial bodies that can come close to the earth on their orbit around the sun. For this purpose, the software Sentry has been used since 2002, which, thanks to “very clever mathematics”, was able to calculate the impact probability of a new asteroid up to 100 years into the future in less than an hour. declared Javier Roa Vicenswho worked on Sentry-II. Sentry-II is much more precise, among other things because it includes the so-called Jarkowski effect in the calculations. This describes the – minimal – effects of the different warming of the surface of an asteroid on its orbit.

Especially for special cases, the switch to Sentry-II promises a clear relief, explains Davide Farnocchia from NASA. For asteroids like Apophis and Bennu, for example, she always had to create complex and time-consuming manual analyzes because Sentry could not include enough parameters. There were also difficulties with objects that come particularly close to the earth on their orbit and are consequently strongly deflected. So far there have been only a few such special cases, but when new missions and instruments such as the Vera C. Rubin Observatory start their work, there will be significantly more. NASA is prepared for this with the new software. In the trade magazine Astronomical Journal it is presented in more detail.