National Cantor’s Day: why it is celebrated on June 24 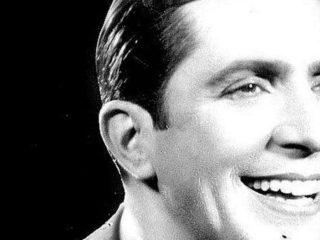 The date commemorates the death of the singer Carlos Gardel, who died in a plane crash on June 24 from 1935, on Medellin (Colombia).

Charles Romuald Gardès, better known as Carlos Gardel, was a French-Argentine composer, singer and actor considered the most outstanding figure in the history of tango.

Next to the lyricist Alfredo Le Pera, composed a large part of the repertoire of the best-known classical tangos in the world. “By a head”, “The day you Love Me”, “Return” Y “My dear Buenos Aires”Are just some examples of a work that are still valid today.

The society formed with the lyricist was so important to you, that it is common today to refer to the term “It’s Gardel and Le Pera” to highlight a figure that stands out in a field.

“El morocho del Abasto”, captivated the world with the harmony that he achieved despite the gravity of his voice in baritone tone. In addition, Carlos Gardel participated in twenty-one feature films between 1917 Y 1935.

On 2000, Carlos Gardel was posthumously included in the International Latin Music Hall of Fame and in the Latino Composers Hall of Fame on 2014.

The celebration of National Cantor Day not to be confused with National Musician Day. This tribute began in 2015, through the law 27.106, to remember the birth of the composer Luis Alberto Spinetta, deceased on February 8th from 2012.