National Geographic recognizes a new ocean in the world: the Southern Ocean 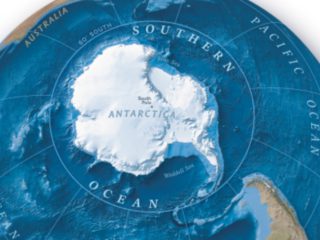 Since 1915 there have been four oceans recognized by the prestigious National Geographic magazine: Indian Ocean, Arctic, Atlantic and Pacific. On June 8, on the occasion of the celebration of the International Day of the Oceans, the magazine officially recognized a new ocean on our planet: the Southern Ocean.

Four oceans or five? It’s #WorldOceansDay🌊 and National Geographic is making a change to recognize the Southern Ocean as a fifth official ocean in our atlases and maps! https://t.co/HSHRUAyWuE

This is one of the initiatives that the scientific community has been carrying out in recent years in favor of the conservation of the oceans and seas of our planet, which are increasingly being damaged more and more.

This ocean is totally different from any other, even though its existence has been known for years. Unlike other large bodies of water that are defined by its continent and presence in it, this Southern Ocean is defined by a tide: the ACC (Antarctic Circumpolar Current) was formed millions of years ago and is centered at a latitude of 60 degrees traveling from west to east around Antarctica.

In addition, this new Southern Ocean is full of new marine treasures that need to be conserved. “TOboat unique and fragile marine ecosystems which are home to wonderful marine life such as whales, penguins and seals », explained the resident researcher in the magazine, Enric Sala.

It is a particularly difficult environment to preserve, which is why they ask the authorities a certain disposition to take care of this type of ocean that has unique marine species that must be protected. In this sense, the members of the magazine seek that, with this recognition as an ocean, more attention is paid to this area of ​​the planet.