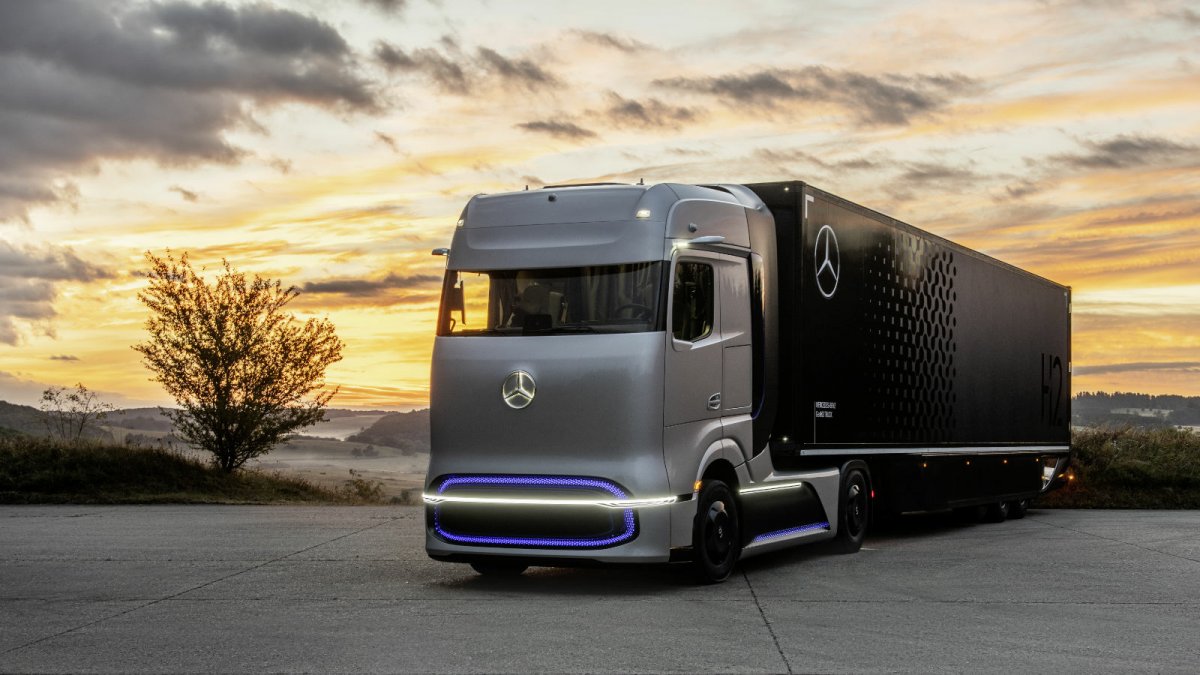 Hydrogen should be the savior in the energy transition. What cannot be electrified directly or with sufficient comfort should be powered by hydrogen. Accordingly, the German federal government assigns hydrogen an important role in the decarbonization of the German economy. Our series of articles wants to take a closer look at the plans of the federal government and shed light on specific areas of application – especially in the automotive sector. Whatever is technically possible should also be checked for efficiency and scalability.

In the passenger car sector, battery-electric drives are increasingly proving to be sufficient for the purpose. But in freight transport with long periods of use, high utilization and long daily distances, it can look different depending on the area of ​​application. Here engineers and politicians will discuss, among other things, hydrogen as an energy carrier. The extent to which hydrogen drives can be expected depends to a large extent on the political design of the rules.

Container ships carry most of the international cargo. Satellite images therefore show visible haze on their routes in certain weather conditions. These machines are gigantic in size and have been in use for a very long time. Traditionally, their engines burn various proportions of heavy fuel oil, an inexpensive residue product from petroleum refineries, which, however, produces very dirty exhaust gas. An engine that can cope with heavy oil can withstand (suitably prepared) practically any fuel. This is why shipping is currently discussing many types of CO2-reduced or even -neutral fuels that could “drop-in” existing drives. This could be, for example, methanol, ethanol or liquefied natural gas (LNG). Methanol, for example, can be converted from hydrogen and CO with an energy efficiency of 85 percent2 produce.

You could also burn pure hydrogen gas, but as in all areas of application, the tanks would be large and complex. Ammonia is therefore under discussion for ship fuel cells, which binds hydrogen to nitrogen and would be a lot easier to handle. The pure hydrogen fuel cell will have to find its niche in decarbonised shipping, initially closer to the battery-electric shuttle ferry than to the long-haul container ship. It will not play a major role in the foreseeable future. In order to set incentives here, the international community would have to work together, for example, to raise the price of heavy fuel oil in order to reduce its combustion. The trend here is rather in the opposite direction because we Westerners buy so much consumer goods in China. Heavy oil consumption will continue to rise for some time.

Hydrogen as an aircraft fuel struggles with aviation limitations of weight and volume. Fuel cells are heavy with the required power. The turbines could burn hydrogen gas directly, but then the property of hydrogen strikes that it would be power-dense in terms of mass, but not in terms of volume: an H2 tank would have to be 3.4 times the size of a kerosene tank. According to the foreseeable availability of technology, it would also have to be cylindrical, while large aircraft store kerosene in the wings quite skillfully in terms of usable space. Airbus’ H2 long-haul concept presented in 2020 therefore stores the hydrogen behind the (correspondingly reduced) passenger cabin in the fuselage. The energy costs would be 20 times those of today’s kerosene, and as the final icing on the cake, the hot hydrogen combustion produces a significant amount of nitrogen oxides. The aircraft industry is therefore toying with e-kerosene, i.e. a kerosene that will one day produce CO2– should come neutrally from solar or wind power and, if available, can also supply the existing population. The United Arab Emirates, for example, are planning to manufacture solar e-kerosene near Abu Dhabi.

Reports on fuel cell and battery aircraft should always be viewed in the context of these mostly light and slow devices. A Lufthansa spokesman for the Augsburger Allgemeine clearly conveyed: “About 80 percent of the flights are on routes longer than 1500 kilometers. Today and for the foreseeable future there are no equivalent and fast alternatives and no new drive technologies.” Airbus’ concept flies with normal turbofans that burn H2. Until there will be any significant quantities of e-kerosene in about 10 years at the earliest, environmentally conscious travelers can simply reduce the number of flights. Those who are even more environmentally conscious are waiting for long-haul hydrogen-fired turbofan flights, because they could not be offered with conceptually modified aircraft until at least 20 years – if someone started to construct these concepts today, which nobody is doing yet.

The fact that hydrogen fuel cell trains are already running in regular operation shows that hydrogen is better suited for rail transport: two Coradia iLint trains from the French manufacturer Alstom have been running between Cuxhaven and Buxtehude since 2018 (with the “i” a fuel cell). Other locations are still testing or considering deployment. A tank infrastructure does not yet exist. In northern Germany, an H2 tanker from the Netherlands is filling up the iLints. Nevertheless, tests and operations show that the fuel cell is technically suitable for providing energy on non-electrified railway lines.