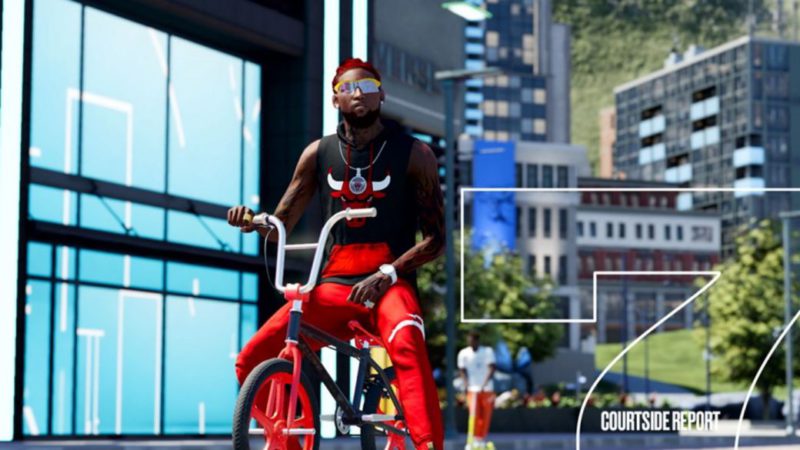 NBA 2K22 seeks to consolidate as a true new generation title. The new installment of the 2K Games series has detailed the news regarding the City and My Career, two of the star modes that we can enjoy on PlayStation 5 and Xbox Series X | S. Designed and executed for the next gen. From a dynamic community to all kinds of rewards and activities, the new story of My career will have greater narrative support based on missions integrated into the Town. Everything stays at home.

The new missions added in NBA 2K22 will be “solo adventures”. Players will be able to participate in all kinds of activities that go beyond the field; as an interconnected virtual environment with more emphasis on social relationships. That approach to roleplay It will appeal to those who currently enjoy proposals like GTA Online. The vision of the Visual Concepts title proposes that we become artists from the world of rap O moguls of the fashion world, for instance.

The city grows big and he does it with a considerable increase in population. Now, this environment will be more nurtured with NPC, with more life; added to the possibility of improving our house. If we go far in the world of basketball in the best competition in the world, we will have enough funds to get the house of our dreams. In the statement they put as an example an attic with a zip line that takes us directly to the courts. It will also be in the player’s house where coaches and friends will offer new missions.

NBA 2K22 City Will Feature New Buildings; from one dedicated to Machmaking to another call 2K Club, where we can access the music of some of the most popular labels of each season. Finally, rewards. Among all the new rewards incorporated, the means of displacement stand out: karts, inline skates… Added to new animations, entrances and exits, custom name plates…

We cannot forget about Neighborhood, the latter available on PS4, Xbox One, Nintendo Switch, and PC. This season we will set sail aboard the llamaca Court of the Sea, with all kinds of activities. Each Season will have its own Excursions to tropical locations with their content, rewards and events.