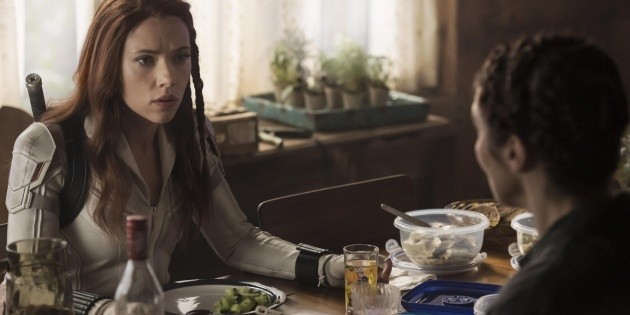 Neither Black Widow nor Space Jam 2: the highest grossing movie of 2021 is a Chinese comedy

After a year without premieres, the Marvel Cinematic Universe made its great return two weeks ago with Black Widow, where they showed us a new side of the life of the character played by Scarlett Johansson. A week later came Space Jam: A New Legacy, starring LeBron James. It is about two tanks that arrived at the cinema, but none of them stand up to the film that remains at the top of the world box office.

2020 was complicated for humanity by the Coronavirus pandemic, which kept a large part of the population in their homes taking care of the disease. This is why many movie theaters and theaters had to close their doors for a while and had a slow restart, but nowadays with the progress of vaccines we can say that they are entering a new normal.

Although there are still countries that keep their cinemas unopened, the truth is that the ticket numbers begin to reflect that the public is attending the functions of various productions. In the year we have giant Warner Bros. releases like Godzilla vs. Kong and Mortal Kombat, from Disney with Cruella and Black Widow, as well as from Universal Pictures with Fast and Furious 9. However, none of them managed to surpass “Hi, Mom”.

“Hi, Mom” is a comedy from China released in February this year. Just a few weeks later it was listed as highest grossing movie of 2021 and maintains that recognition to this day. With a budget of $ 59 million raised about $ 841 million, but the most surprising thing is that has not yet had its release in the United States, where the figure is expected to increase.


Written and directed by Jia Ling, the film revolves around a young woman who suffers the death of her mother in a car accident and is transported back in time to 1981, where they become best friends in the past. In addition to what was obtained at the box office, the reviews have been positive by word of mouth from the public amid COVID-19 by choosing to watch a family story by not being able to get together with loved ones to celebrate Chinese New Year.