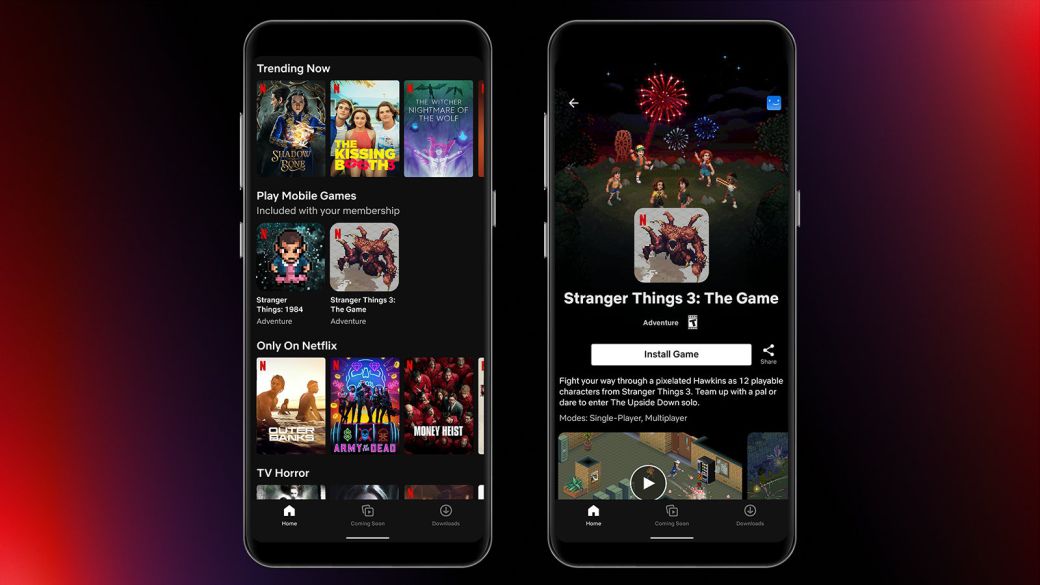 Netflix begins the first tests with video games: no ads or in-app purchases

Netflix enters the field of video games. This is news that was made official last July, but the platform goes ahead and has mentioned some details of the service, which will initially be focused on small mobile titles. The official Twitter account of the company has been in charge of bringing the news, which go through a series of tests that will be carried out in Poland.

“We are going to talk about Netflix and video games,” they publish. “Today, subscribers from Poland can test mobile titles Netflix on Android with two games, Stranger Things: 1984 and Stranger Things 2. It is very, very premature and we have a lot of work to do in the coming months, but it is a first step ”.

Netflix has recalled that when video games are integrated into the service, subscribers will not have to endure any kind of advertisements no in-app purchases. In addition, the titles will be included within the subscription. They promise new informational updates as they continue to build this new pillar of the business.

One more service for the subscriber

As stated in the previous statement, the intention is to develop videogames “as one more category” within the content that they offer. The business expansion will be “similar to original films, television and animation.” At least in these early stages they will focus specifically on mobile titles, so for the moment they will not compete directly with services such as Amazon Luna or Google Stadia, platforms that use streaming for games, but follow a different strategy.

One of the concerns that current subscribers may have is about the possibility that this new category ends up affecting the subscription price. According to Netflix, there are no plans to increase the price of them. However, it remains to be seen how video games evolve and whether they produce more ambitious titles in the future.