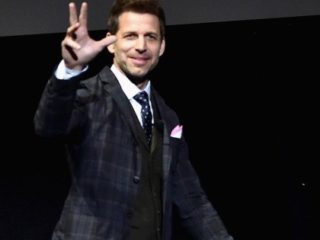 Zack Snyder left behind his old confrontation with Warner Bros and already has a new partner: Netflix. The streaming platform has already signed him for the movie Army of the Dead and now it will give him confidence again because in the framework of Geeked Week he announced a new series directed by the filmmaker: Twilight of the Gods. What is it about and who will be the actors?

“Thank you so much for the incredible response to Army of the Dead. We love doing it and we love that you enjoyed it. I’m going to tell you a bit about this new project called Twilight of the Gods. It’s really cool, we’re doing it with animation and It’s going to be a lot of fun for everyone. We have an amazing cast. “Snyder expressed during the video posted on the broadcast.

What is Twilight of the Gods: Zack Snyder’s new Netflix series about?

At the moment, it is known that the series will be animated, will be inspired by norse mythology and that the actors will be the following: Sylvia Hoeks like Sigrid, Stuart Martin like Leif, Pilou Asbæk like Thor, John Noble like Odin, Paterson Joseph like Loki, Rahul Kohli like Egill, Jamie Clayton like The Seid-Kona, Kristopher Hivju as Andvari, Peter Stormare as Ulfr, Jamie Chung like Hel, Lauren Cohan as Inge and Corey Stoll como Hrafnkel.

The project, which will also have as producers Deborah Snyder (Zack’s wife) and Jay Oliva, is part of the multimillion-dollar agreement that the 55-year-old director signed with the N company. In addition to Twilight of the Gods, he is already working on the companion series Army of the Dead: Lost Vegas.

The idea of ​​doing the program was born in 2019 with Oliva as director of the episodes. Although more details are unknown, from the first moment the series was born as an Animé-style animation and with famous characters from Norse mythology such as Thor Y Loki. Will it live up to expectations?